Every year we witness NBA players take the next step in their development due to new opportunities, improvements to their game, or a combination of both factors. We’re still in the infancy stage of the 2021-22 season, but clear favorites for the Most Improved Player award have emerged. Today, I’m ranking them and breaking down my reasoning for that ranking. Let’s go! 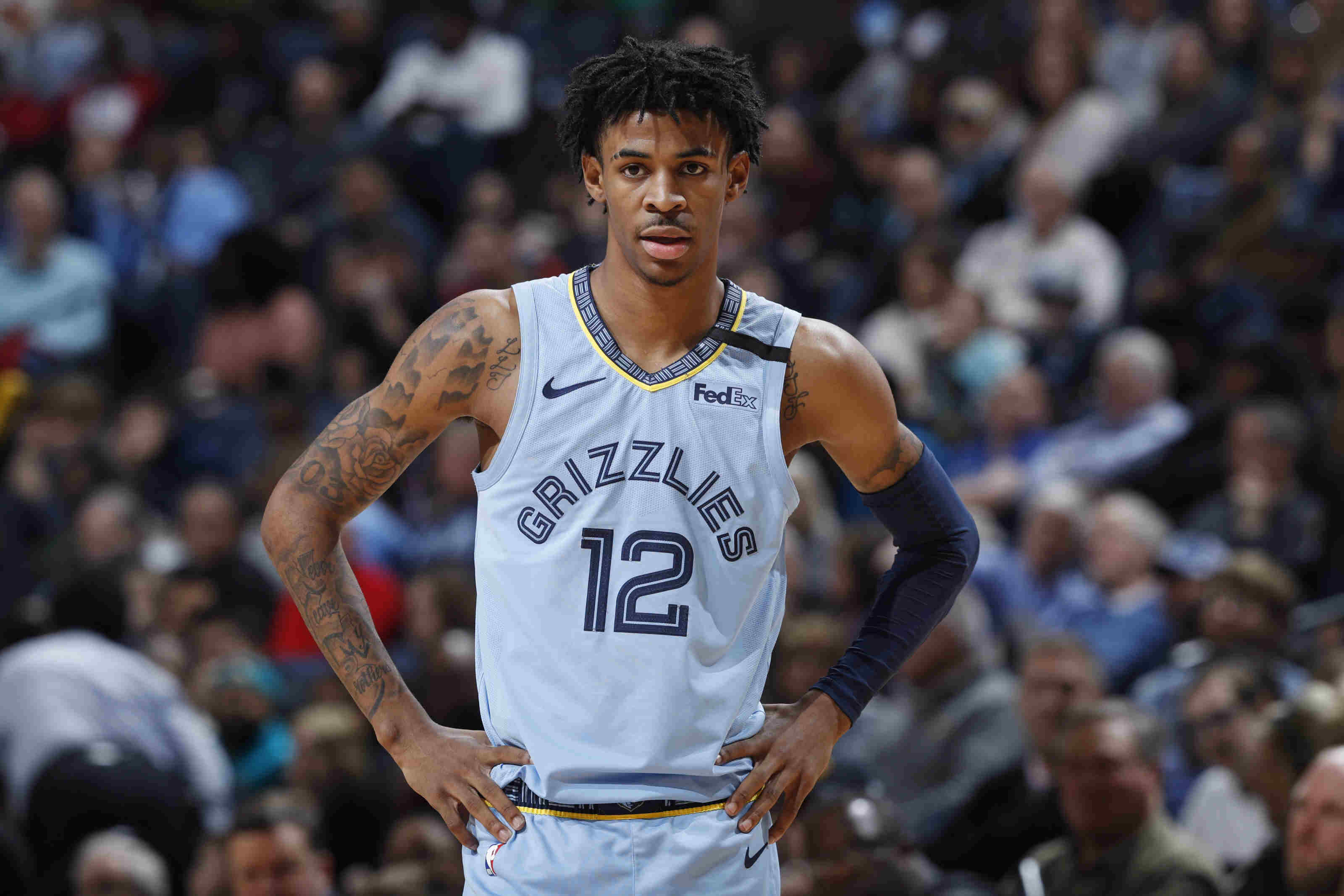 As of now, Morant should be considered the frontrunner for this award despite the excellent company he keeps on this list. I listed him as a sell-high a couple weeks ago, and his production has tapered off a little bit, but he had a long way to fall from his lofty perch.

Morant has taken a huge step forward in the scoring department thanks to a notable leap in efficiency after falling off in that department in Year 2. His assist numbers are about the same as they’ve been through his first two seasons, but his rebounds, triples, and steals have soared. The MIP Award is Morant’s to lose, especially if Memphis makes the playoffs.

Bridges has gotten off to an electric start, and his production is nothing short of tremendous. He’s logging a career-high 36.8 minutes and attempting nearly six shots more per game than his highest-volume season, so the increase in usage and playing time have been a huge boon for his value.

With DeMar DeRozan out of San Antonio, many expected Murray to take the next step in 2021-22. Boy, they sure haven’t been disappointed thus far. Murray has been an elite rebounder and defender throughout his career, but he’s taken big strides as a scorer and facilitator.

Murray remains an inefficient shooter, and his boost in scoring can be largely attributed to the increase in volume (14.5 shot attempts compared to 9.7 a season ago). Still, Murray’s defensive contributions and ability to stuff the stat sheet (three triple-doubles already this season) put him firmly in the conversation for the MIP award.

Herro was the embodiment of his last name in the 2019-20 playoffs but took just a small step forward in 2020-21. That small step has become giant in his third season, as the Kentucky product is one of the frontrunners for the MIP award. Herro is averaging career highs in points, rebounds, assists, triples, FG%, and 3PT% and has shown his ability to lead the Heat when Jimmy Butler is out or struggling. 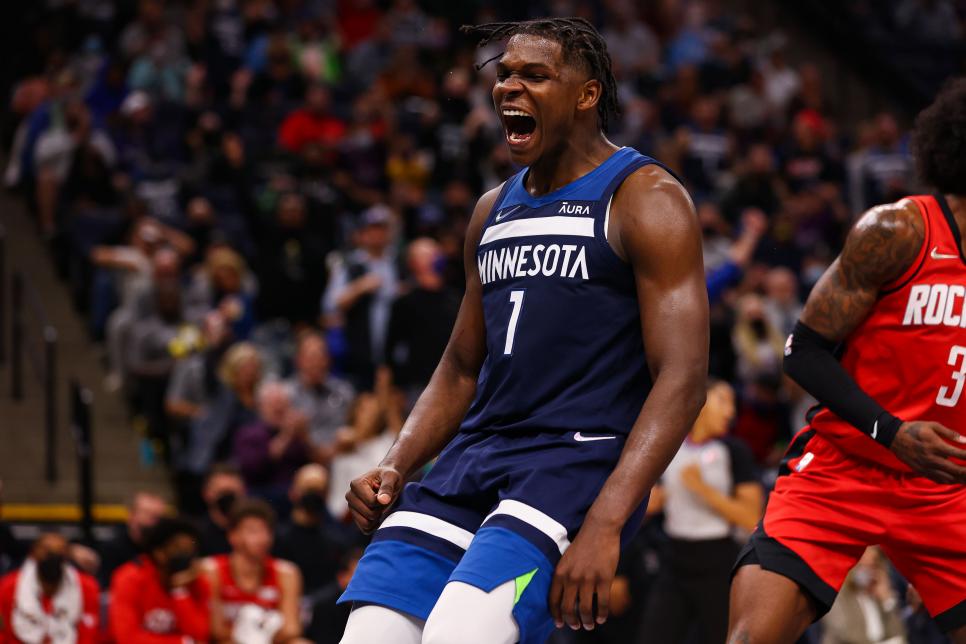 Edwards has taken the momentum he built from the end of last season into Year 2, and he looks every bit the part of a No. 1 overall pick. On the season, he’s posted a 48-point game, boosted his rebounding, improved his shooting efficiency, and become more lethal from beyond the arc. Minnesota continues to spiral into next season’s lottery discussion, but Edwards has been one of the few bright spots for the struggling Timberwolves.

If you pegged Anthony for a breakout season, you might as well re-name yourself Nostradamus, because this level of elite play was certainly not expected. Anthony has four double-doubles on the season and has established himself as a stat-stuffing machine for the rebuilding Magic. Despite playing alongside other talented youngsters like R.J. Hampton and Jalen Suggs, Anthony has stood out in the early goings of the season.

Maxey played well as a rookie, but he’s nearly doubled all of his counting stats from his inaugural campaign. In Year 1, Maxey averaged 8.0 points, 2.0 assists, 1.7 rebounds, 0.6 steals, and 0.5 triples. He’s played an integral role in keeping Philly in playoff contention despite the absence of Ben Simmons and early time off from Joel Embiid.

With Marvin Bagley out of Sacramento’s rotation, Barnes’ production has skyrocketed early into the season. He’s averaging career-highs in points and rebounds, but his scoring boost hasn’t resulted in decreased efficiency. Far from it, my friend. Barnes is shooting solid 48/40/86 splits, and despite a recent cool-off from his monstrous start, he’s still among the top-10 for this award. Most impressive is the fact that he’s putting up these improved numbers in his 10th season.

Now here’s a breakout that many people saw coming, but that doesn’t diminish the beauty of it one bit. Bamba has finally garnered healthy minutes, and he’s made the most of them. On the season, the Texas product has logged seven double-doubles while establishing himself as a reliable long-range threat.

Only Jaren Jackson, Bamba, and Myles Turner have at least 2.2 blocks and 1.3 triples this season (Brook Lopez also fits the bill, but he’s played just one game). Sheck Wes is surely pleased.

Steph Curry is my favorite for MVP, but Poole’s contributions this season shouldn’t be diminished. Golden State owns the NBA’s best record, and Poole’s career-best stat lines and solid 46/33/93 shooting splits have played a part in the team’s success. He’s averaging nearly 30 minutes per game and has started every game for the Dubs in Year 3.

Brunson is enjoying the best season of his career, and he’s doing it across a career-high 29.2 minutes per game. He’s shooting respectable 49/34/80 splits while posting career highs in points, rebounds, and assists. Brunson has proven to be a reliable scorer and playmaker for a team in desperate need of both.

Playing for his third team in a four-year career, Allen’s arrow is certainly pointing up. He’s been a full-time starter for Milwaukee and is averaging career highs across the board. His 45/43/90 shooting splits are impressive, and his three-point game has been highly beneficial for the Bucks’ spacing.

Play in our Friday NBA Contest of the Week Today! Use promo code “NBA10” for a FREE $10 Entry