Fantasy Basketball: A guide for beginners

Either you’re here because your significant other is obsessed with basketball, your friends are forcing you to do a draft to increase the winning pool or you’re generally interested in how fantasy basketball works. In any which way, this is an easy and complete guide on how you can navigate through a fantasy draft.

Okay so let me break down the overall idea of a fantasy draft. Imagine your 5 favorite TV shows. Got it. Good. Now, you can only pick one character from each show to create the ultimate cast. It’s the same with fantasy basketball, except you’re constructing an ultimate team as if you were a general manager trying to win the championship.

How does it work?

So, once you gathered your friends, it’s time for draft day. Draft day is just a fancy way of saying “it’s time to pick the players”. *Pro-tip: do your research beforehand on who you want to pick as you will probably only have a minute to make your pick. *

On draft day, you will typically do a snake draft. In a snake draft, each player is randomly assigned a number and that is the order in which you pick. So, let’s say you have 6 people in your draft, the first-round pick would go first to sixth, but the second-round pick would go sixth to first and it would keep looping until you have all 13 players. So the sixth and first-person would always have back-to-back picks.

However, you should make sure you have more than 13 players researched before the draft. This is because if you want Trae Young, but the person before you already took him then you will have to pick a different player. Within the draft, no one can have the same player on their teams.

How many players do I pick?

A basketball team is made up of 13 players, (six forwards, five guards, and two centers) with five players on the court at all times. In the draft, you will have to pick 13 players from any of the NBA teams to complete this 13-team rooster. Since you only have 13 players, you want to pick wisely.

So how are points earned?

Let me explain. So, the first thing we need to figure out is your league an 8-cat or a 9-cat (cat is just short for categories).

9 category point system – takes all the above but also includes turnovers.

Where can I play?

Head on over to http://ownersbox.com. Once you make an account, grab some friends, pick your players and enjoy the great game of Basketball (and maybe a little extra cash). 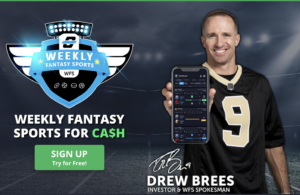