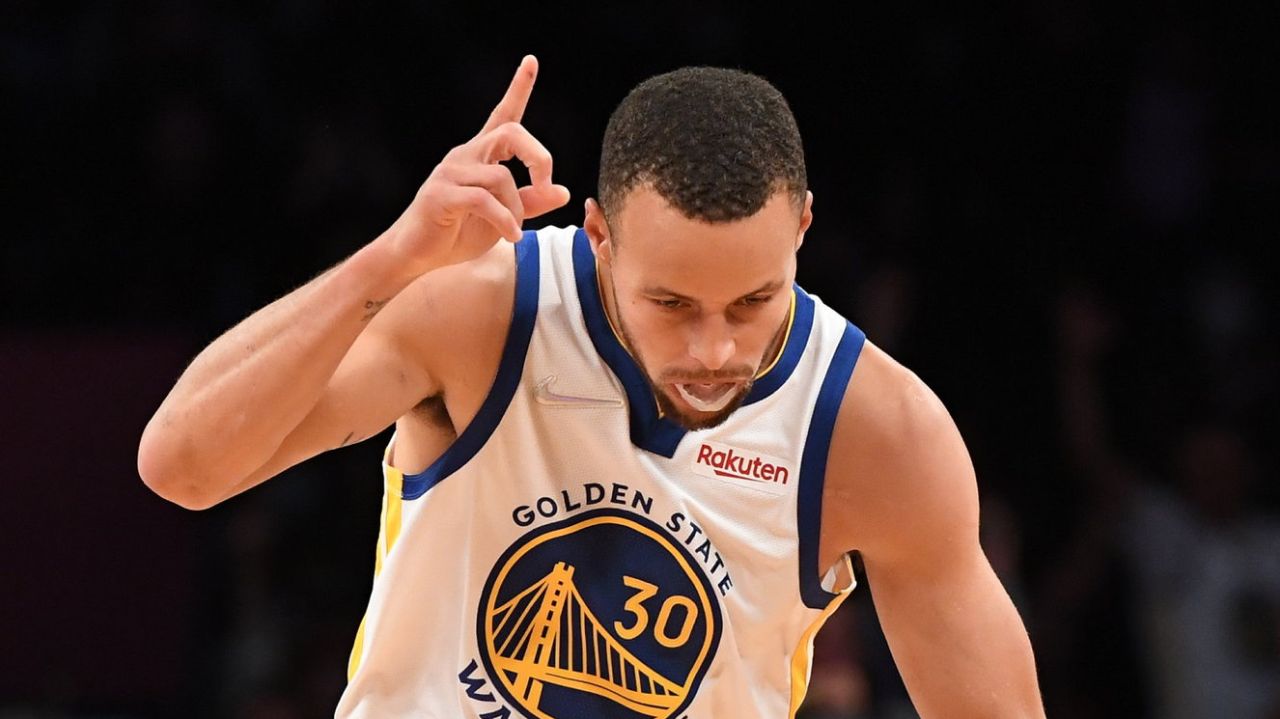 We’re in the midst of Week 5, and already, clear MVP frontrunners have emerged. Today, I’ll rank my top-5 MVP contenders and name some players who are in the hunt but haven’t cracked the top-5. Let’s get right to it!

It’s hard to conjure up any more superlatives for the future Hall-of-Famer, so we’ll get down to the nitty-gritty. Curry is averaging at least 5.2 triples for the second straight season as he closes in on Ray Allen’s all-time mark of 2,973 made three-pointers.

After finishing 39-33 as the 8 Seed in the Western Conference, the Warriors lost their play-in game in 2020-21 and missed the playoffs. Returning essentially the same cast (substituting one former Wizard for another in Otto Porter), this team has exceeded expectations thus far thanks in large part to the leadership and dominant play of Curry.

He’s the clear favorite for MVP now, and if the Warriors continue to win, he’ll win the award for a third time. When the Chef gets cookin,’ the sky’s the limit on how far he can take Golden State.

Durant isn’t far behind Curry, as he’s played masterfully in his second season with Brooklyn. He leads the Association in PPG, while contributing a career-high in rebounds. In addition to his high-level scoring (his most since 2013-14 in his final season with the Thunder), Durant has averaged a career-best 58.6 FG% in addition to a 42.4 3PT% – the second-best of his career.

Though Durant has the help of fellow superstar James Harden, it’s the Slim Reaper who is the true catalyst for his team’s success. Aside from Durant and Harden, Brooklyn’s roster is pedestrian at best, so a trip to the playoffs would cement Durant as a favorite for this award.

Can he do it in back-to-back seasons? That’s the question, as the reigning MVP looks to secure the award for a second straight season. Thus far, the Joker has set career-highs in rebounds (13.8), FG percentage (59.3),  blocks (0.9) and triples (1.7).

His shooting efficiency has been most impressive considering he’s attempting a career-high 4.4 triples per contest. If Denver can continue to win (particularly without Jamal Murray and Michael Porter Jr.), Jokic should ascend as an MVP favorite. There aren’t any other players in the NBA who can match his elite stats as an unprecedented “Point-Center.” 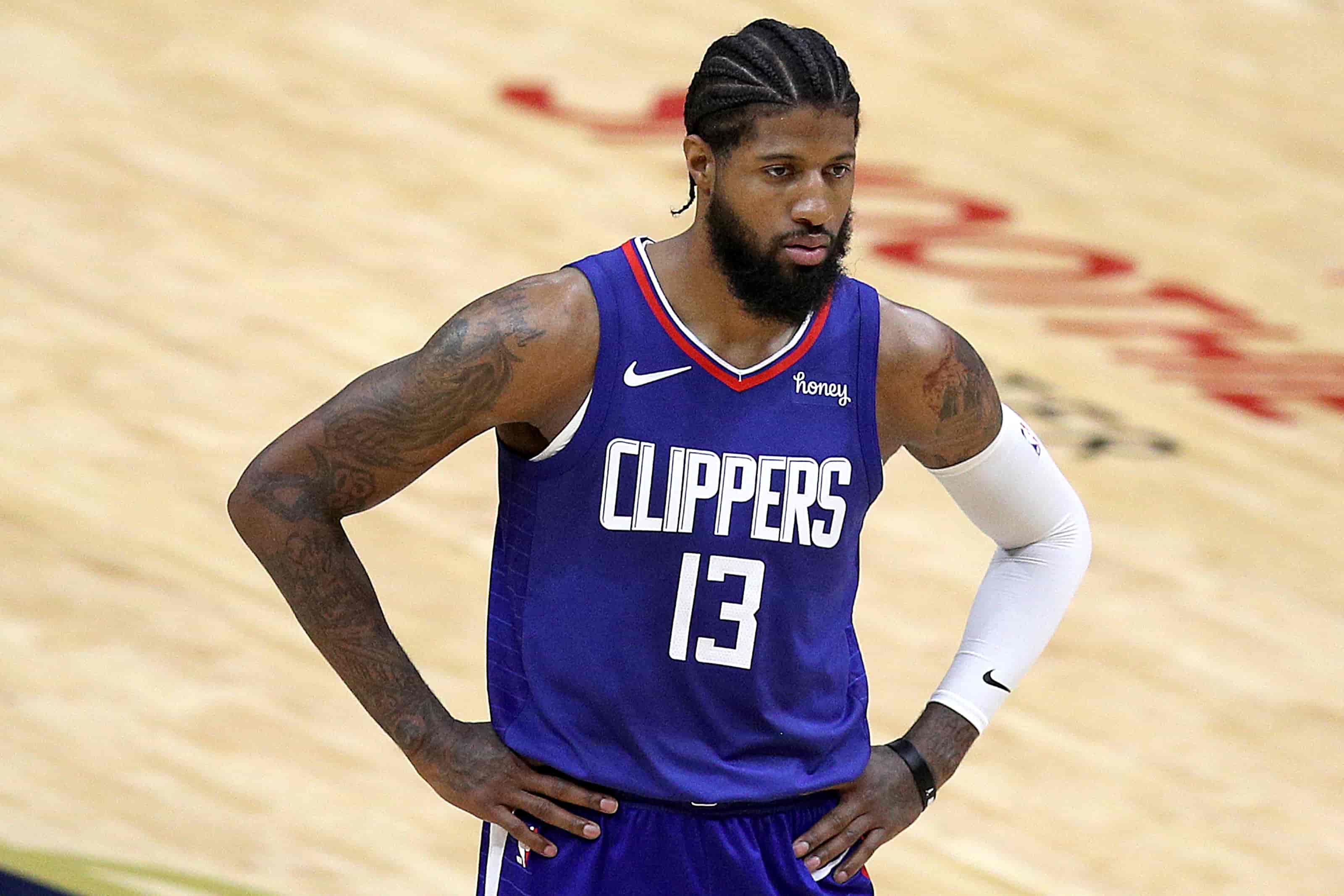 With Kawhi Leonard out of action (likely for the entire season), Paul George has kept the short-handed Clippers afloat with elite production across multiple categories. The top-10 scorer has five double-doubles to his credit and has set or tied career highs in rebounds (8.2), assists (5.2), and steals (2.2).

As long as Los Angeles remains in playoff contention, there’s no reason George shouldn’t garner some MVP votes at season’s end. The days of writing him off as “Pandemic P” are behind him, as PG has shown his ability to carry a team as the best player on the roster.

Fresh off a Finals victory, the Greek Freak is averaging a 26/11/5/1/1 line for the fifth straight season. His tremendous play has him firmly in the MVP conversation, though his team will have to start winning a bit more for him to secure the award for a third season.

There’s certainly room for Giannis to move up the MVP rankings, as he’s shooting pedestrian 49/28/68 splits. If he can improve his efficiency, Giannis’ scoring should certainly trend upward. Milwaukee is too good a team to not start winning more, especially as players like Brook Lopez and Jrue Holiday return to the lineup.

Luka Doncic: It’s been a relatively slow start by Doncic’s standards, but Dallas is the 3 Seed in the West thanks to his incredible stat lines. If he can bump up his production and keep Dallas among the best teams in the West, he should be in the MVP conversation.

DeMar DeRozan: His 26.9 points, 5.4 rebounds, and 4.1 assists have propelled the Bulls to an early 10-4 record and a 2 Seed in the Eastern Conference.

You can play in our $5k NBA Contest of the Week every Friday. Use promo code “NBA10” for a free $10 entry (one time use only)