What better way to spend your Christmas day than kicking off the weekly NBA salary cap contest on OwnersBox! It looks as though it’s all systems go for the Christmas day slate in the NBA, which is great news. I’ll share with you my favorite lineup and the logic behind the build. Let’s get to it.

If you don’t know about our WEEKLY Salary Cap Game you can get all the details here. The weekly format eliminates the luck and randomness of daily formats and really capitalizes on the strategy of fantasy basketball. 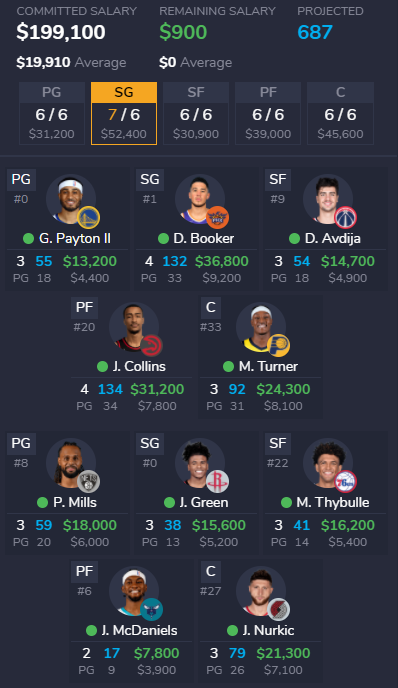 Devin Booker ($36,800) – Booker is the anchor to this lineup, with 4 games this week. He just finished torching the Thunder for 30 points, 7 rebounds and 7 assists at Oklahoma City and welcomes them again on Wednesday.

Jalen Green ($15,600) – Green made his return from injury on December 23rd and was much more efficient from the field. In his first 18 games he was shooting a mere 38%. Perhaps the time off gave him a chance to work on some things. I’ll take the gamble at his short price.

Gary Payton ($13,200) – The veteran guard has started for the Warriors in back to back games now and has been extremely hot from deep. Pouring in the three ball at 41.2% clip. If he’s playing 20+ minutes a night he’s well worth his salary.

Patty Mills ($18,000) – It looks like the Nets will get back on the floor for Christmas day. They’ve got a good test in their next 3 games with the Lakers, Clippers and 76ers. Mills has been a steady contributor, averaging 30.2 minutes and 13.6 points per game. 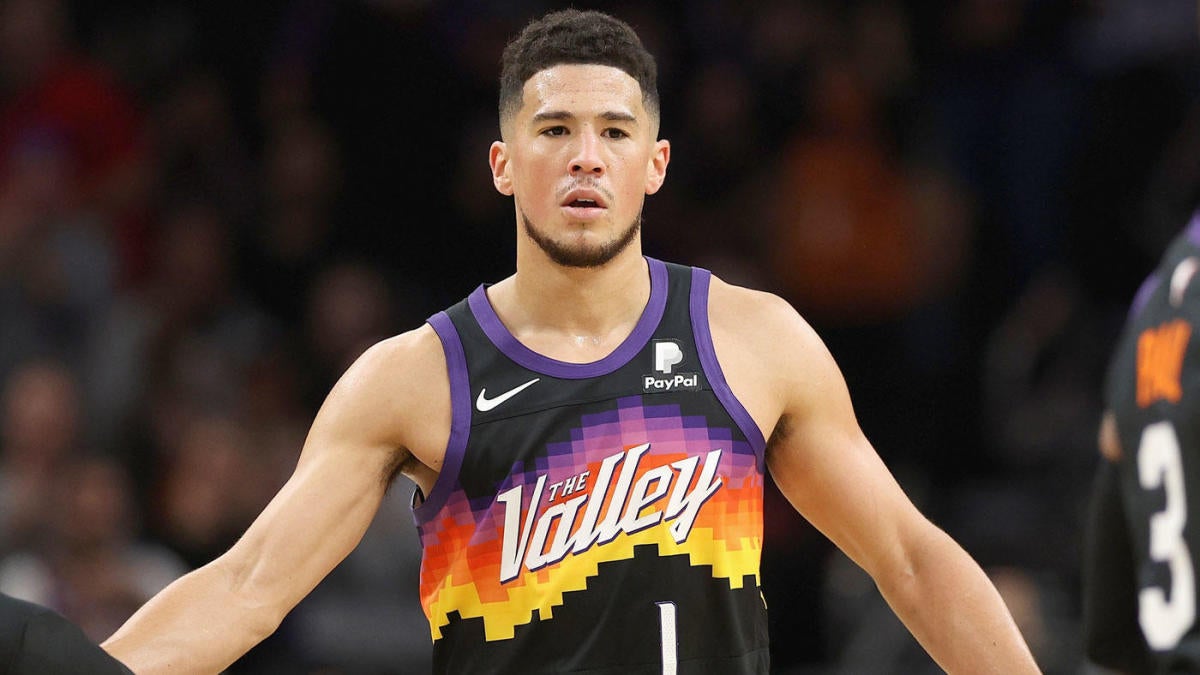 Deni Avdija ($14,700) – The Wizards forward has recorded double digit points in 4 straight games, I like riding the hot hand here. Avdija hasn’t been a high volume shooter for Washington so this could fizzle out. But head coach Wes Unseld has spoken candidly of the Serbian.

Matisse Thybulle ($16,200) – With Danny Green and Shake Melton’s availability in question this week Thybulle could get some more shooting volume. He’s really struggled from behind the arc this season but his 30+ minutes the last two games is tough to ignore.

John Collins ($31,200) & Jalen McDaniels ($7,800) – I struggled to fill out the power forward spot with a duo I liked. If that’s the case I like to go with a high level player with a 4 game week to play the majority of the games at that position. Collins has been super consistent for Atlanta, averaging 17.5 points and 7.9 rebounds a game. McDaniels returned from the COVID list and has been lighting it up off the bench. I don’t see him getting into the starting lineup but he’s making it very difficult for the Hornets to take him off the floor.

Myles Turner ($24,300) – If you look at the player list on OwnersBox, you’ll find Turner right in that sweet spot below the elite bigs. But he’s playing like an elite center this season, averaging the 12th most fantasy points at the position. If Sabonis continues to be absent the upside is high.

Jusef Nurkic ($21,300) – The Trail Blazers center has played in every game this season, which is impressive enough. But he’s also averaging 25.2 fantasy points a game on OwnersBox in his last 5 games.