I dove into the discord this weekend and asked the people if they had worries about any of their players, and what they should do with them. Let’s dive into 4 players in fantasy baseball this week.

“Lucas Giolito isn’t as bad as he has looked at times this season. His 5.19 ERA is nearly two runs higher than the 3.53 number he pitched to over 178 2/3 innings in 2021, when he also happened to strike out 201 batters. The underlying numbers are somewhat split on just how much his numbers are expected to normalize. His FIP (5.08) and xERA (5.23) seem to believe that his 5.19 ERA isn’t far off from what he has earned, while his xFIP (3.72) and SIERA (3.69) tell a different story. I’m inclined to side with SIERA and xFIP on this one, and I think his BABIP (.360) and inflated HR/FB (20.3% after four consecutive seasons somewhere around the 13% mark) will regress to something more closely resembling his career averages.”

What I said in the players to buy video last week it is still what I believe with Lucas Giolito. After the video, we got a pretty classic Giolito start against the Giants. 6 IP 3 H 1 ER and 7 K’s for the righty, and increased usage and CSW% on his change up. At this point, I am still buying Giolito.

What in the world are we supposed to do with a stat line like this? Again, Max Muncy is an OBP staple. His ability to get on base is why you want to hold in those formats that include OBP. Either than that, Max Muncy is almost droppable in redraft formats. If he didn’t have a big name, and was a guy you picked up on the wire or drafted at the end of your drafts, you’d have no problem letting him go.

The elbow injury seems to be more of an issue than we thought it was going to be when we called Muncy a must avoid before Opening Day. Whether or not this is totally injury related, or even the way he is being thrown to but these struggles are real, and don’t know if it’s worth occupying a bench spot for your fantasy teams. 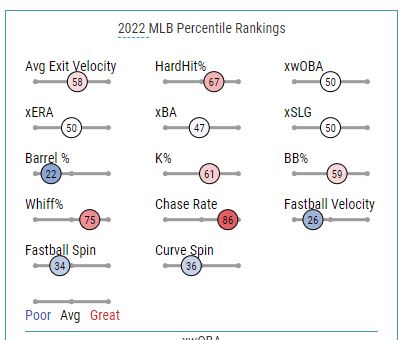 When this name was put into the discord I was caught off guard a solid amount. To the normal fan Pablo Lopez has been nothing short of fantastic this season. Even analytically I think his numbers are pretty solid, but when you look at his splits, the month of June was potentially concerning for managers of Lopez. In June, Lopez averaged just over 5 IP per start, had an ERA of 5.34 and a WHIP of 1.29. The question that was really asked about Pablo Lopez in our discord was, is Pablo going to regress and should I sell him if possible?

I don’t have any Pablo Lopez on my fantasy teams, but if I did I would be holding him. His 94 IP is an elite number at this point of the season, only 17 arms have thrown more innings. I dove into some of his pitch analytics, and look at the numbers on his changeup, the pitch he throws the most.

Overall, Lopez has the 19th best swinging strike rate in baseball, a good chase and whiff rate, and when healthy is a solid option every time he takes the hill. I am holding Pablo Lopez. 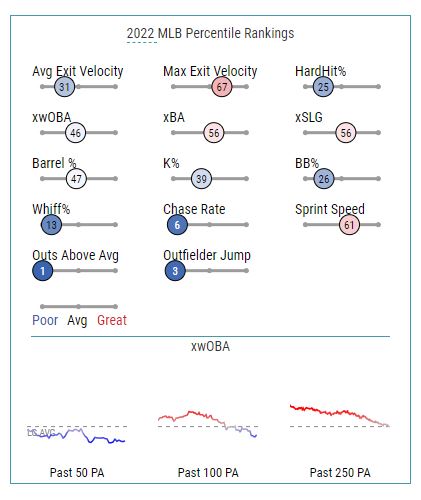 If you take a look at the percentile rankings, you wouldn’t want to touch Castellanos with a 10 foot pole. The numbers are such a shocking change from last year, but I think his stat cast numbers are a lot closer to his career averages than we thought. Although the hard hit rate and barrel % are down, the strikeout rate and walk rate are within his normal averages. I think Castellanos is a guy who struggled with a shorter spring training as a guy who also struggled in the COVID shortened year. I am going to buy Castellanos at this point in the season, as I believe his numbers will progress to his career averages.