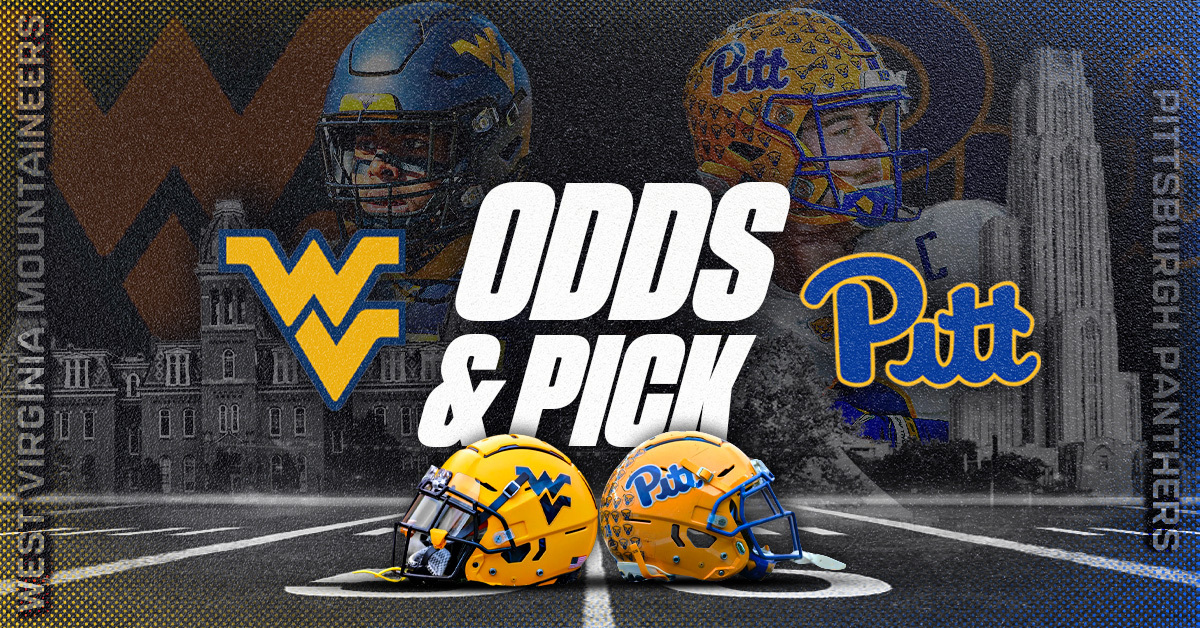 The Backyard brawl is happening for the first time in 11 years, as Pitt and West Virginia will meet at Acrisure Stadium (RIP Heinz Field) at 7 PM EST on Thursday, September 1st. The home Panthers are favored in the West Virginia vs Pittsburgh odds, as transfer Quarterback Kedon Slovis takes the reigns behind center, trying to recreate the magic Kenny Pickett had last season. This will be the game of the night, being broadcasted on ESPN.

Let’s take a look at the West Virginia vs Pittsburgh odds at BetMGM Sportsbook and see where we can get some value.

“The football series was first played in 1895, and the game has historically been one of the more intense rivalries in the eastern United States. The rivalry between the two schools is due mainly to proximity. WVU’s campus in Morgantown, West Virginia is only about 70 miles south of Pittsburgh (via Interstate 79), and the two schools often compete for the same recruits.”

These two teams have met a total of 104 times in their history, with Pitt leading the all-time series 61-40-3. The Mountaineers have won their last three meetings and are 7-3 in their last 10.

West Virginia doesn’t return a ton of production, at only 56% (48% on offense and 64% on defense). Even with 64% production returning on the defensive side of the ball, the Mountaineers lost their top six tacklers. The defensive backs only return one player with starting experience.

New Mountaineers Quarterback JT Daniels (USC, Georgia) and offensive coordinator Graham Harrell are going to struggle with weapons to get the ball to. They don’t have Leddy Brown or Winston Wright back where they already ranked 101st in points/game and 95th in yards/play.

The Panthers should be a balanced offense this season based on their OC’s previous history, and their whole running back room returning. Pittsburgh are listed as the fourth betting favorite in the ACC Championship odds.

Sorry to the good people of West Virginia, but I think this will be all Pitt from the opening kickoff. So much so that I think this guy can fly under the total as well.