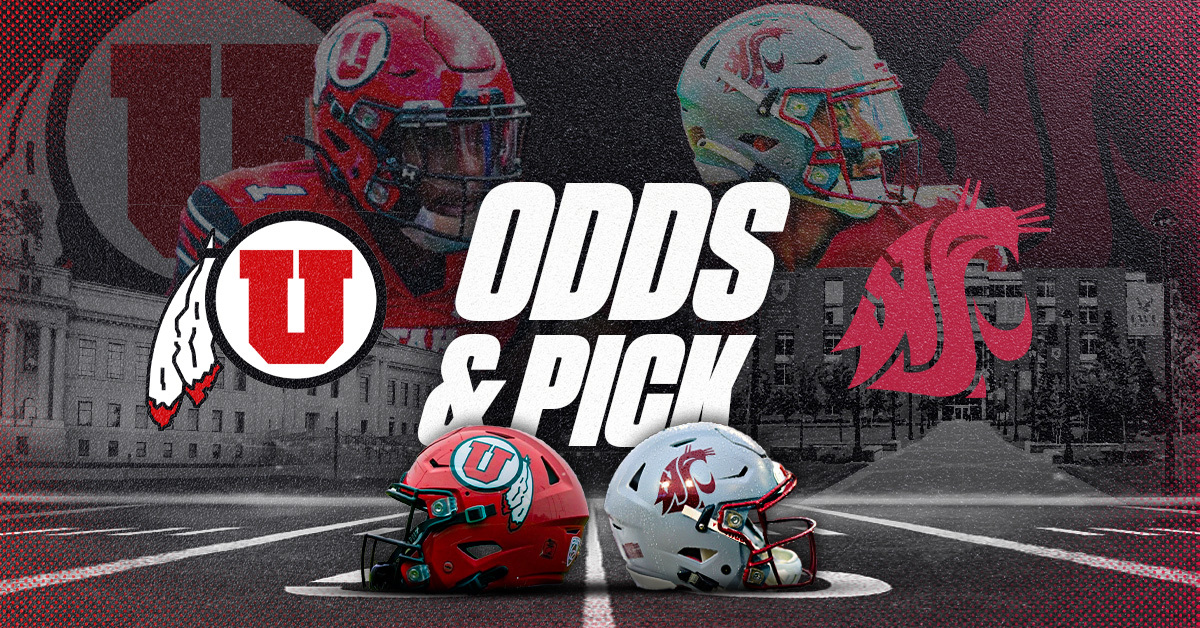 We’re through eight weeks of the college football season and it is a logjam in the PAC-12 conference. You can make a case for about five teams that could play for the PAC-12 Championship in 2022. The Utes are certainly one of those teams, coming off a massive win over USC in Salt Lake City a few weeks ago. The Cougars though, have played themselves out of contention with a 1-3 conference record, and find themselves as home underdogs in the Utah vs Washington State odds.

What makes this an intriguing matchup though is that there is still plenty of conference action to go. With the new format, that has eliminated the divisions, anything can happen. WSU has been a tough out, giving Oregon all they could handle in a 44-41 loss. Let’s take a look at the Utah vs Washington State odds at BetMGM before diving into our best college football betting pick.

Ontario sports betting markets have this point spread listed at a few different numbers, with some online sportsbooks making the spread an even 7.0 points. PointsBet Ontario lists the spread at Utah -7, so for those looking to back the Utes they should be heading there for a better number. The Utes though, are 1-2 against the spread this season as road favorites.

Many of the best Ontario sports betting apps opened this spread at -8.5 and have seen it bet down over the course of the week. For those looking to back the Cougars they may want to place their bet as soon as possible to ensure they get the best number at BetMGM, especially with a number as key as 7.5 points.

There’s only one thing you need to ask yourself when it comes to handicapping the Washington State Cougars, will they be able to pass protect? This team has really struggled to keep Cameron Ward upright, ranking outside the top-100 in both opponent pressure rate and sack rate. As a result, they’re averaging just 7.2 yards in average throw depth.

The passing game is integral to this offense, their 63.5% pass rate is the third highest in the nation. Ward is a talented passer that can create plays off script and on the run. But this team is riding a two game losing streak because they’re not converting on third down (35.9%) and they’ve allowed ten total sacks.

On the defensive side, you can tell head coach Jake Dickert was promoted from his defensive coordinator position. They’re allowing just 4.3 opponent yards per rushing attempt. The defensive line is doing a great job causing havoc on opposing QB’s, ranking 33rd in pressure rate on the season. They rank 19th in the country in opponent points per play.

Utah Searching for Answers on Defense

These aren’t the same Utes of recent years, this defense has real problems. It’s been back-to-back weeks of allowing 40+ points, sure they were to UCLA and USC, but this isn’t how a Kyle Whittingham group is expected to play. Lucky for their awful run defense, it may just be the pass they have to focus on this week.

Unfortunately for the Cougs and their pass protection, this Utah front has been excellent in getting after opposing QB’s. Their 34.5% pressure rate is 11th in the nation. As a result, opposing quarterbacks have just a 78.6 rating and are completing just 57.9% of their passes. It’s clear the pass defense is much better than the run, the Utes are 24th in EPA/play against the pass.

The offense is balanced, but lately they’ve been riding the arm of Cam Rising. He’s been able to complete his passes at a near 70% rate, thanks to an offensive line that is keeping things clean with just a 2.0% sack rate allowed. His connection with Dalton Kincaid is one of the best in college football, against USC Kincaid posted 15 receptions for 217 yards and 1 TD.

Pullman is not an easy place to play and I expect it to be even more difficult in a primetime spot. But I’m not sure this is a great matchup for the Cougars offense. We saw USC and Oregon State make life difficult for the Cougs, and those teams don’t quite have the pass rush Utah does. With how successful this team has been in winning at the line, they should have no problem pinning their ears back and getting after Ward.

On the offensive side for Utah I like what they can do to neutralize the Cougars front four and instead attack their secondary. With the Utes coming off their bye week I like them being able to avoid a let down after the win over USC.