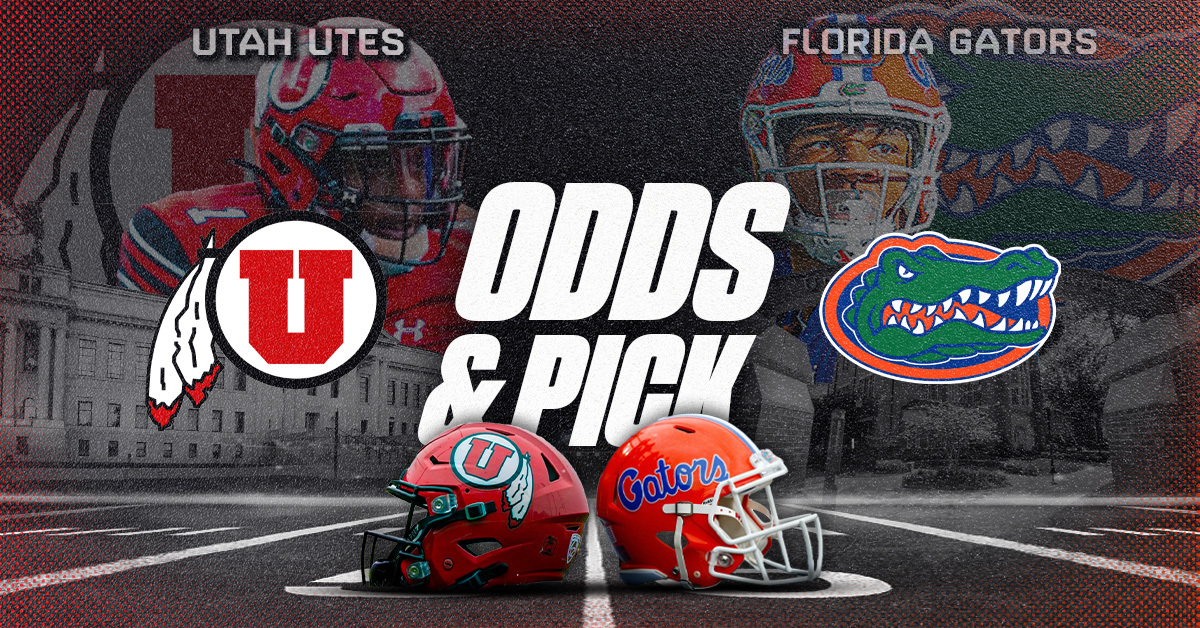 The PAC12 and SEC go at it on Labour Day weekend to open the college football season! The defending PAC12 Champions Utah are a darkhorse candidate to make the College Football Playoff and this is a resume building game on the road against the Florida Gators. Believe it or not it’s the team from the SEC that is the underdog in the Utah vs Florida odds.

It’s a new era in Florida under Billy Napier, but making the trip from the Sun Belt all the way to the SEC is a tall task. If this team wants to get back to the SEC Championship game it all starts at quarterback with Anthony Richardson. On the other side of the ball is a Kyle Whittingham coached Utah team that said goodbye to some important pieces last season but still has the steady Cam Rising at the helm.

New York sports betting markets have the Utes listed as favorites despite the fact they have a 1-6 record straight up against SEC opponents. For those looking to back the Florida Gators on the moneyline they’d be best suited to do so at DraftKings Sportsbook as they’re priced at +125 there.

Kansas sports betting just launched on September 1, 2022! New users at BetMGM Kansas or any legal state that the BetMGM app is available in can claim a $1,500 risk-free bet on their first wager when they sign-up with bonus code ‘OWNERSBOX’.

Utah isn’t your run of the mill PAC12 team, where the players in the trenches are undersized and the west coast quarterback is throwing it all over the yard. Kyle Whittingham prides himself on recruiting at a high level from the inside out, adding size and talent on both the defensive and offensive lines. That is the only way to keep up with opponents from the SEC.

The Utah offensive line brings back 3 of it’s starters, along with the aforementioned Cam Rising and running back Tavion Thomas. The ground game was their bread and butter in 2021, rushing for 5.6 yards per carry on 39.3 attempts per game. But once Cam Rising took over at QB the pass game took major strides, as the offense scored 35.8 points per game. The loss of Britain Covey stings but Solomon Enis and Jaylen Dixon are prepared to fill the void.

Whittingham said he’s most confident in his quarterback position. Cam Rising is a “tremendously talented quarterback, great leader. Makes great decisions, unflappable under duress and under pressure, and he's the leader of our team.”

On defense, losing Devin Lloyd and Nephi Sewell hurts, but if you can handle losing any position on defense it’s linebacker. PAC-12 Defensive Freshman of the Year Junior Tafuna is set to lead a defensive line that suffocated opponents in 2021. If they continue to get after the quarterback like last season then the secondary should find more success with Zemaiah Vaughn and JeTravis Broughton being healthy.

The Gators couldn’t make up their mind on the starting QB under Dan Mullen, bouncing between Emory Jones and Anthony Richardson. This off-season it was Ohio State transfer Jack Miller battling with RIchardson, with Miller suffering an injury this is Richardson’s job in 2022. He’s a dynamic talent both with his legs and arm, this team can win any game he’s playing in.

Despite Richardson’s arm talent, don’t expect to see the ball in the air all game long. Napier is expected to bring a power running scheme from UL-Lafayette where the Ragin’ Cajuns ran the ball on 57.4% of plays. He even brought in Louisiana transfer Montrell Johnson at running back to have someone with familiarity with his scheme.

Can the Gators offensive line push the Utes around in this one? The Gators don’t have much depth, but that’s not as big of an issue in game 1 of the season. Napier brought in another transfer from his old school in O’Cyrus Torrence, who was one of the best at his position in the group of 5. He replaces one of the two starters lost on the line, so this group should have plenty of experience.

The Utes got off to a slow start to the 2021 season, it’s the reason they were never in the College Football Playoff conversation. But they were playing on a different level once Cam Rising took over, this offense is very underrated in the eyes of the college football world. They can take advantage of what will be a lot of inexperience in the front seven on the Gators.

On the other side of the ball, I do have some concern with the losses of Sewell, Lloyd, as well as Mike Tafua. Napier does have the ability to use both the traditional run game as well as the legs of Richardson. So how good can the Utah front seven be at keeping the run game in check?

Even though these teams value running the football, they aren’t afraid to push the pace a bit. With question marks in the second level at linebacker for both groups, I think we could see some big plays. It’s a low total in Gainesville and like going over in this one.