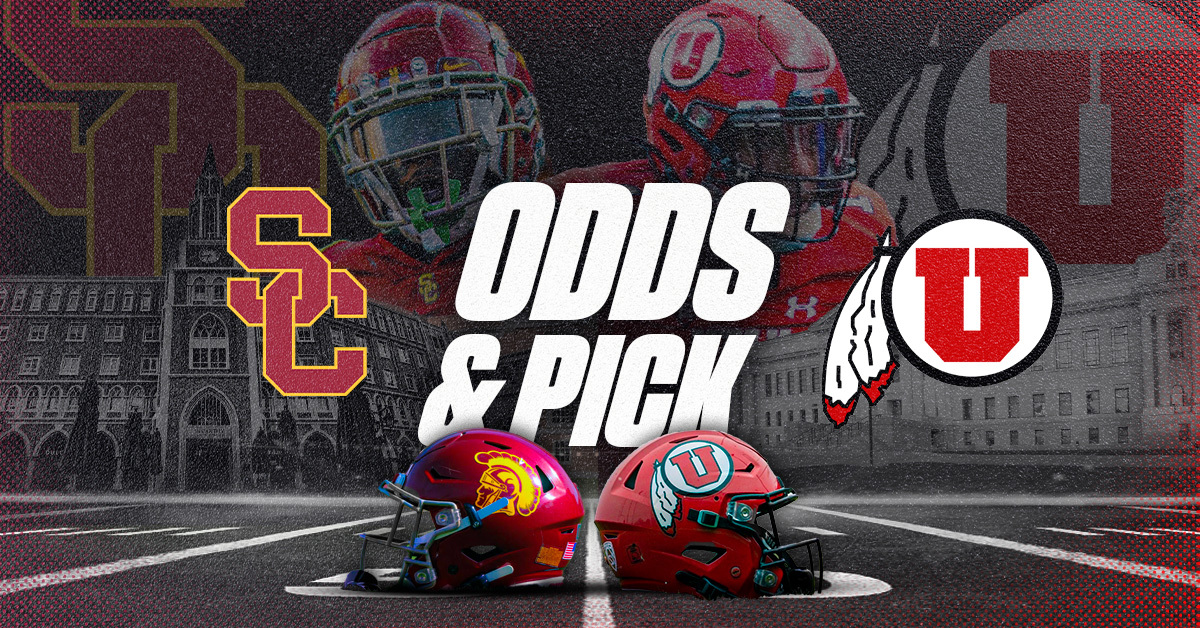 It’s going to be a privilege to be able to sit down and watch this tremendous week 7 college football slate. Utah and USC make for a fantastic nightcap affair at 8PM EST. To the surprise of many, despite the fact the Trojans are underdogs in the USC vs Utah odds, despite the fact they are a perfect 6-0 on the season. The Utes have the benefit of home-field advantage, which certainly plays a role in the point spread.

Utah was the PAC-12 Championship favorite heading into the season, but have already lost twice in 2022, including a 42-32 loss to UCLA last week. Two losses in conference play this early in the season, especially to a USC team that is now the PAC-12 frontrunner, would all but eliminate them from contention.

This weekend will be the first time USC is an underdog this season. Lincoln Riley has been an underdog in just two games the last three seasons, he has a 0-1-1 ATS record. The Trojans certainly have an attractive moneyline price at +150 but the Utes have won nine straight games at home dating back to last year.

These two offenses have been on full display so far, both teams combine to average 74 points per game, so Ontario sports betting markets have this game total listed in the mid sixties for good reason. PointsBet ON actually has reduced juice on the total at -107 to go over 65.0 points.

Even with plenty of returning talent in the secondary, this Utah defense seems far removed from the group last season. The loss of Devin Lloyd has reared it’s head early, the Utes are one of the worst tackling teams in the country, ranking 128th in broken tackle rate. They’ve been exposed against better competition, allowing both the Gators and Bruins to run for over 200 yards.

They’re still a talented team in the front four and have been better against the pass. They rank 17th in the country in pressure rate and 60th in yards per coverage snap. Clark Phillips has been a star in the secondary, already recording six interceptions, two for touchdowns. They’ll be in for quite the test against Caleb Williams and Jordan Addison.

Offensively the Utes don’t have many problems, they’re top-30 in passing offense and dominate in the ground game. They have the 9th lowest stuff rate and average 5.1 yards per attempt. Tavion Thomas should play a huge factor against a suspect Trojans front seven. Utah may not need to lean on Cam Rising as much as they have so far this year, they’ve actually been throwing the ball on 56% of plays.

The Trojans have been rolling on offense this season, averaging 40.2 points per game and ranking 8th in points per play. What may be going overlooked with the star power at quarterback is their rushing attack. Travis Dye and Co. have been a top-20 unit, ranking 17th in both broken tackle rate and yards per carry as well as 13th in stuff rate. Leaning on the ground game on the road should be a profitable recipe for USC bettors.

The Utes will pose by far the toughest test that USC has seen in the trenches and they haven’t exactly been great in pass protection. Allowing a 27.6% pressure rate on the season. But their 8.6 yards per pass attempt is 34th in the country. Do they want to test this Utah pass defense? If they do, can they give Williams enough time to make plays?

USC has definitely outperformed expectations on the defensive side of the ball. They’ve placed some decent quarterbacks too in Jake Haener, Tanner McKee and Cameron Ward. The Trojans are allowing just 5.1 yards per coverage snap and the 14th highest pressure rate in college football. Tuli Tuipulotu already has 7 sacks, with Nick Figueroa adding 3.5 more.

What makes betting at the DraftKings Sportsbook so exciting is their vast amount of college football betting markets. At DraftKings you can find individual player props, which aren’t available at a number of other New York sports betting sites. So we’ll be going to a player prop in the USC vs Utah odds.

I’m looking at Tavion Thomas’ rushing yards prop, which is listed at 79.5 in this one. The two games he’s exceeded this total in 2022 were against Florida and UCLA, the two most competitive games they’ve had. In those games he averaged 20.5 carries per game.

The opponent is what matters here, USC ranks 122nd in opponent rushing yards per carry at 6.0 yards. Despite winning all six of their games, the opponents lead back has gone over this total in 5/6. Utah will open plenty of gaps at the line of scrimmage and Thomas will do the rest against a USC team that’s allowing far too many explosive rushing plays.