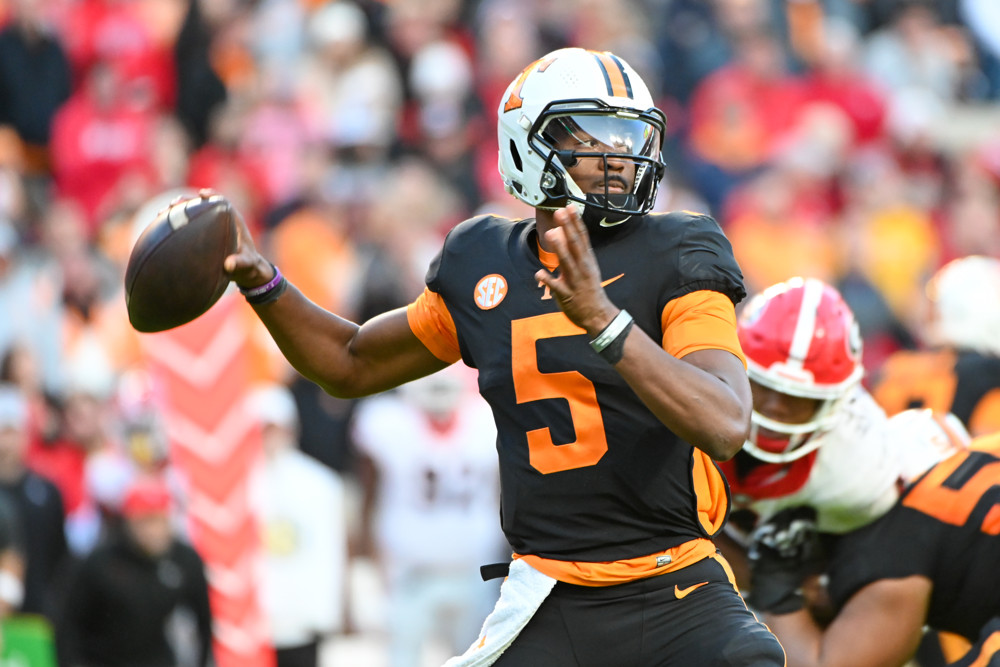 If we get anything like the game we got this time last season, a 41-34 win for Pitt, then any college football fan watching on ABC will be pleased. There’s reason to think we could here as last season it was Joe Milton was the starter. With Hendon Hooker coming on in relief and having a fantastic season the Vols are near touchdown favorites in the Tennessee vs Pittsburgh odds on Saturday afternoon.

Both teams are bringing plenty of talent back and managed to exceed expectations in 2021. That would mean that one of these fan bases will leave the newly named Acrisure Stadium disappointed. Since 2020, the SEC is 11-4 against the ACC in college football. Josh Heupel’s team is looking avoid adding to the loss column in back-to-back seasons.

Tennessee sports betting markets don’t seem to be too concerned that the Volunteers are on the road in this one as they’re near touchdown favorites in week 2. The Vols have just one win over a ranked opponent since 2018, Pitt sits at 17 in the latest AP Poll.

Use the Caesars Sportsbook promo code ‘OWNERSBOXFULL’ to get $1,250 in bonuses in Tennessee or any state that sports betting is legal.

The Panthers are coming off a Thursday night win over West Virginia 39-31, even though they walked away with the win it wasn’t incredibly impressive. Expectations were higher for this defense then what they put on the field. But a lot of credit has to go to WVU quarterback JT Daniels as Pittsburgh had 19 pressures which equated to a 44.2% rate.

For an offensive line that was returning all of it’s starters from the 2021 season their performance in week 1 was quite underwhelming. Allowing 5 sacks and a 44.8% pressure rate against the Mountaineers. This group is going to need to play at a level much closer to their potential in this one, as bad as Tennessee’s defense is they can get in the backfield.

What gives this team the chance to contain Hendon Hooker and the Volunteers offense is their defensive line, Habakkuk Baldonado and Calijah Kancey combined for 16 sacks last season. Combine that pressure with a secondary that had 16 interceptions last season and there’s a recipe here steal some possessions.

The Volunteers offense picked up right where it left in 2021, dismantling a hapless Ball State team in week 1. This is one of the most exciting teams in college football with Hendon Hooker leading the way. Hooker took over for Milton in last years game against Pitt and went on to throw for 31 touchdowns to just 3 interceptions.

The biggest matchup to pay attention to is how the Vols offensive line matches up against the Panthers front seven. Tennessee allowed 3.4 sacks per game, the most in SEC in 2021. There’s returning talent in Darnell Wright and Cooper Mays but just because guys are back doesn’t necessarily mean things will be better.

Tennessee was really poor against the pass in 2021, allowing 283.9 passing yards per game which ranked 124th in the country. But what they could do well was get in the backfield, ranking 7th in the nation in tackles for loss. With the loss of Kenny Pickett and Jordan Addison from their last meeting perhaps this defense can do enough to get off the field a few times.

The Tennessee vs Pittsburgh odds are telling, the betting markets clearly feel very differently about these two teams. Despite the fact the Panthers won this game last season and are now playing in the confines of their home stadium they still find themselves as 7.5 point underdogs.

I think the Panthers present value against the spread, they are really talented in the trenches and that should play a major factor here. Josh Heupel’s offense can’t be explosive if Hooker is constantly running for his life. Going against a secondary like the one the Volunteers have will make it difficult for Tennessee to run away with this game as well.