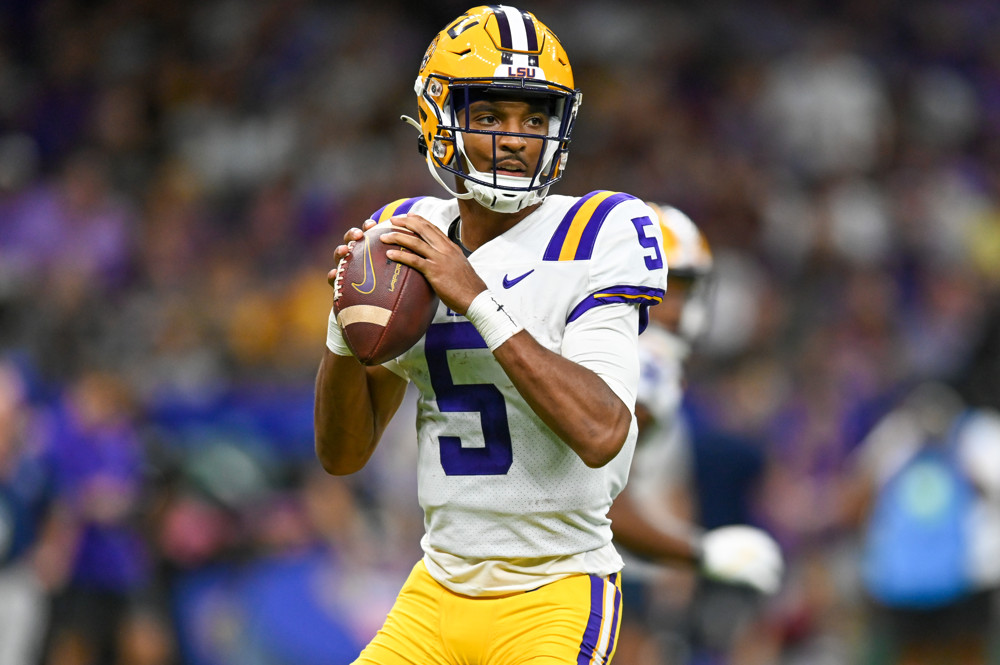 Believe it or not, it’s been five years since Tennessee and LSU have met in college football. There’s no better time than the present for these two programs to get together, in what should be an exciting matchup. Tiger Stadium plays host at 12:00pm EST on Saturday in week 6 of college football. The Volunteers are road favorites in the Tennessee vs LSU odds.

The Vol’s are perfect on the season and come into this road trip off a bye week, as they beat Florida 38-33 in week 4. After a tough loss on Labour Day weekend, LSU has ratted off four straight wins, highlighted by two wins in SEC play over a solid Mississippi State team as well as a 21-17 win over Auburn last week. Let’s take a look at the Tennessee vs LSU odds before providing our best college football betting pick.

Louisiana sports betting markets haven’t been able to profit off of LSU as a home underdog recently. Since 2017, the TIgers are 6-2-1 against the spread and 6-3 straight up. Including a win this season as underdogs against Mississippi State at home. But the Volunteers have been profitable as road favorites during that same time period, with a 3-1-1 ATS record.

Tennessee sports betting sites aren’t exactly in lockstep on this point spread, with some sportsbooks listing the Volunteers as just 2.5 point favorites. So those looking to back the Volunteers should look to do so at PointsBet TN or Caesars Sportsbook.

The Volunteers offense looks to be one of the few in the SEC that could go head-to-head with Alabama or Georgia in 2022. The combination of Josh Heupel and Hendon Hooker has led to fireworks. The Vols are averaging 48.5 points per game and their 11.3 yards per pass attempt is 3rd in the country. They also play at one of the fastest paces in college football, overwhelming opposing defenses.

The Tennessee offensive line was tested against Florida, allowing three sacks, but on the year their 13.9% pressure rate allowed is 3rd in the nation. As explosive as they are through the air, they’re actually running the ball on 55% of plays. That offensive line is moving opposing defensive lines there too, with the 10th lowest stuff rate.

It’s the defense that’s a concern, the underlying stats don’t tell the whole story as it’s been largely untested. In week 4 the Vol’s gave up 453 passing yards and 2 passing TD’s to Anthony Richardson who hadn’t thrown a passing touchdown up to that point. Part of the problem is their lack of pass rush, they have just a 6.6% sack rate this season, which ranks 97th in the nation.

Can LSU Slow Down Volunteers Offense?

The LSU defense gets it’s toughest test of the season this week. They’re a group that is stacked with talent but is pieced together through the transfer portal, so expect them to get better as each week goes on. The front four is the class of the group, BJ Ojulari already has 3.5 sacks on the season and as a team their 13.4% sack rate is 8th in college football.

The pass defense has looked really improved since the loss to Florida State, they’re allowing just a 55.8% completion percentage and 5.9 yards per coverage snap. The depth of the secondary will be undoubtedly be tested against a Tennessee offense that plays with such a high play volume.

Malik Nabers says there was a players only meeting between Jayden Daniels and the receivers on Monday.

Says there was a lot accomplished and that there needs to be more mutual trust between QB and WR. Came out of that meeting with a lot of answers discovered#LSU

The offense has been very stale, despite some stacked talent at the wide receiver position. The offensive line hasn’t been great in pass protection but they have been able to create some gaps on the ground. It remains to be seen how much Jayden Daniels will be able to use his legs, he left last weeks game in the fourth quarter with knee pain. Kelly says Daniels “feels 100%” but that would be surprising considering it’s just 7 days since the game.

From watching Jayden Daniels play this season it may not be a bad thing to see him use his legs less. He’s been to quick to escape the pocket and run the football. There is a dynamic duo in Malik Nabers and Kayshon Boutte at wide receiver that need to get the ball more often. Tennessee’s secondary will give them the chance to do that.

One interesting note from LSU is how much they’ve picked up their offensive pace as well, it’s something Tennessee hasn’t seen either as their opponents have been so focused on creating time consuming drives to give their defense a chance to catch it’s breath. Both these teams are top-25 in plays per game on the season. With plenty of plays I like the over in this game and it’s one that’s moved a few points up since opening.