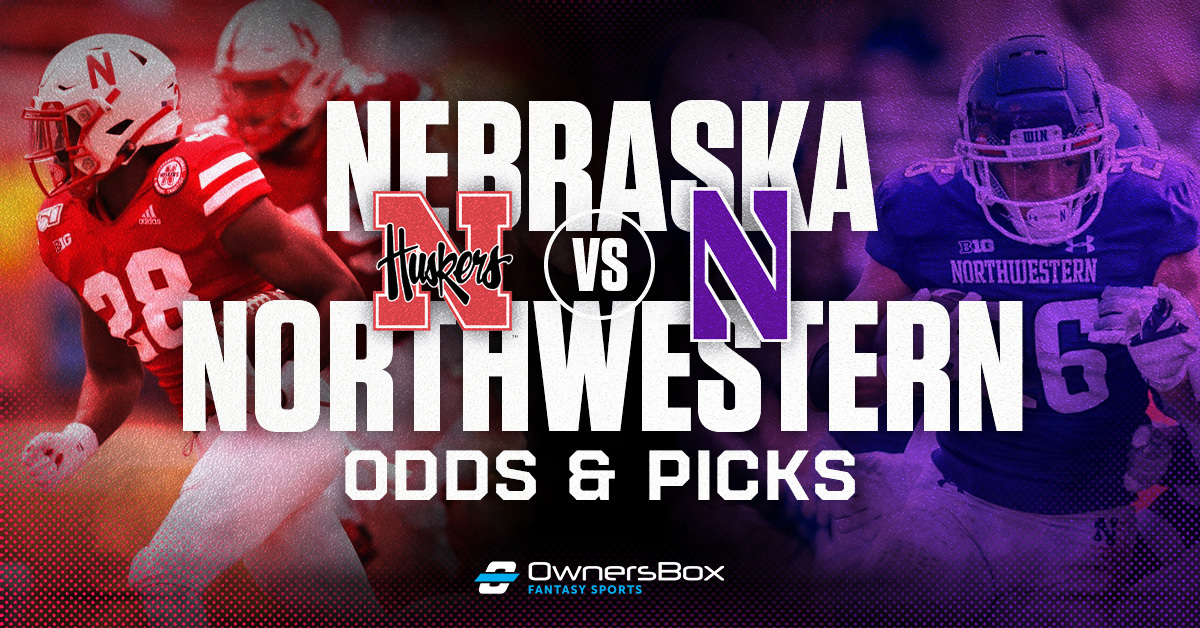 This game is taking place in Dublin, Ireland at Aviva Stadium and is being broadcasted on FOX.

Let’s take a look at the Nebraska vs Northwestern odds at Caesars Sportsbook and decipher where the best bet lies.

Get up to $1,250 to bet on Nebraska vs Northwestern when you sign-up with the Caesars Sportsbook promo code ‘OWNERSBOXFULL’.

Illinois sports betting apps list the hometown team as heavy underdogs at +310 on the moneyline. Nebraska won 56-7 against Northwestern last October, which was actually their biggest margin of victory against a Big Ten opponent.

The home team is 4-0 in their last four meetings, with Nebraska and Northwestern each winning two apiece. Last year’s beatdown by Nebraska was the biggest in series history, however, there are underlying against-the-spread numbers that all bettors should be aware of:

Nebraska is the fifth betting favorite in the Big Ten odds, however, Northwestern has the worst odds alongside Rutgers.

Over the offseason, Nebraska hired Mark Whipple as their new offensive coordinator from Pittsburgh. Whipple will try and mimic a similar offensive attack with Texas transfer Casey Thompson as he did with Kenny Pickett.

With Thompson as the new signal caller in Lincoln, he comes into an offense that was led by Scott Frost years prior. As was showcased in the Nebraska vs Northwestern matchup last year, the Cornhuskers ran a very RPO-heavy offense.

Are you kidding me!!!? Best fans in the world. GBR. pic.twitter.com/wgdFbq6tky

Nebraska ran for 427 yards, along with seven touchdowns on the ground. Northwestern was allowing eight yards per carry in that October game. Mark Whipple had more of an air raid offensive approach at Pitt, but reports from camp say they’ve practiced a lot in option formation recently to maybe mimic a similar performance from last year.

Casey Thompson’s rushing yards are listed at 14.5 at DraftKings Sportsbook in the Nebraska vs Northwestern odds.

I want to trust this new Nebraska offense right away, but I can’t. With a new OC and quarterback, along with a brand new system, I think there might be a few kinks to work out in the first quarter before they get going. I can’t see the pace being generally high considering it’s the first game of the season in a brand new offense.

In the Scott Frost era, @HuskerFBNation against the spread:

I am looking at the first half under in the Nebraska vs Northwestern odds. The Northwestern offense is extremely run-heavy, especially this season due to the question marks at quarterback and the receiving position. Northwestern scored the fifth-fewest points per game in College Football last season at 15.9 points per game.

And lastly, they are playing in goddamn Ireland. Take the first half under along with Thompson over 14.5 rushing yards. Be sure to shop at multiple sportsbooks for the best Nebraska vs Northwestern odds.