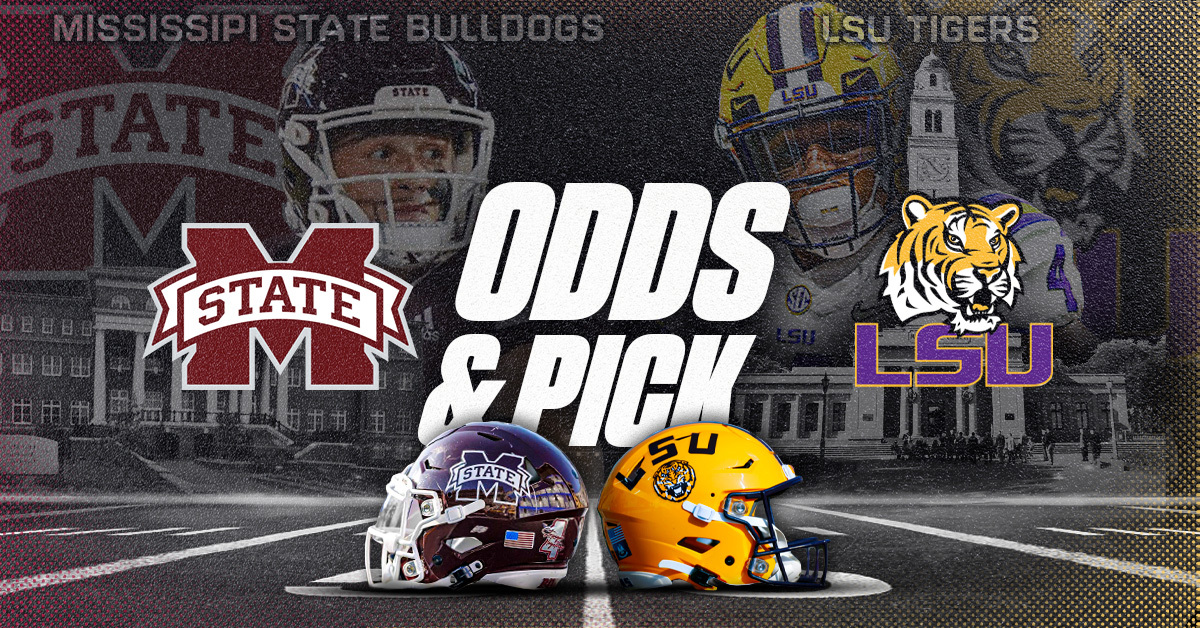 It’s already week 3 of the college football season, were getting through some of the non-conference cakewalks and closer to SEC action. Mississippi State heads down to Baton Rouge on Saturday as both teams play their first conference game of the season. Both the Tigers and Bulldogs view this as a must have game if they want to compete in the stacked SEC West. The Mississippi State vs LSU odds indicate this is anyone’s game.

Saturday night marks the first conference game of Brian Kelly’s tenure at LSU. Things haven’t gotten off to the best of starts, having lost to Florida State in week 1. But something tells me that loss won’t seem as bad when we look back at the end of the season. As for the Bulldogs, Mike Leach enters the ever important year 3 at the program, expectations should be high with a plethora of returning production.

Louisiana sports betting markets list the Tigers as home underdogs on Saturday evening. LSU is 7-4-1 against the spread as home underdogs since 2012 and 6-6 straight up. The last four meetings at Tiger Stadium have been split 2-2, with Mississippi State taking the most recent game in 2020, 44-34.

Sports bettors in the state of Louisiana can back the Tigers on the moneyline at a price of +115 in the Mississippi State vs LSU odds. BetMGM is offering the best price in the market too. Use the BetMGM bonus code ‘OWNERSBOX’ when signing up to get a risk-free bet up to $1,000.

Quarterback Will Rogers and the Mississippi State offense have been putting up some gaudy numbers so far. The competition hasn’t been other worldly but Memphis and Arizona are respectable opponents. Rogers has thrown 763 yards, 9 touchdowns and 2 interceptions in those two games. He’s had six different receivers catch a touchdown in those games.

Going against this offense isn’t necessarily easy but at least you know that you’ll be in pass rush mode pretty well all the time. Nobody threw the ball more then Mississippi State, their passing play percentage was over 73%. Their opponents couldn’t get after Rogers though, with a sack rate of just 4.9% last season. Yes, they lose Charles Cross to the NFL but the interior is back and they’ve had two redshirt seniors at the tackle spots.

The defense doesn’t get enough attention at MSU, it actually has the 8th highest returning production in the nation at 84%. They’ve already forced 5 turnovers in the first two games of the season. The front seven is very strong, it only allowed 3.9 yards per carry in 2021, this will be key against the mobile Jayden Daniels and LSU offense.

Not only did the Tigers suffer a devastating loss in week 1, but it came with a few key injuries too. Maason Smith tore his ACL, this is a major blow to their front 4. It does look like BJ Ojulari will be back after also pulling up with an injury in the first half of week 1. Ohio State defensive back transfer Sevyn Banks is also expected to make his LSU debut on Saturday.

This LSU secondary has been completely pieced together by Brian Kelly in the transfer portal. Eight of the ten players listed on the first or second team depth chart or transfers. They didn’t make nearly enough plays against Jordan Travis, who isn’t known for his passing ability. Considering the Bulldogs pace (6th in the country in plays per game in 2021), that depth will surely be tested.

The Tigers are very talented at wide receiver, with Kayshon Boutte being the cream of the crop. The question is whether or not Jayden Daniels can put that talent to use. Daniels has put together some flashy numbers, but those came against Southern University and when many thought the game was out of hand against FSU. The pass blocking was really poor last season and hasn’t improved much so far, only Garrett Dellinger has a PFF pass blocking grade above 60.0.

There’s a reason why this Bulldogs team is a road favorite in the Mississippi State vs LSU odds. Their front seven is stout and should be able to contain Jayden Daniels, forcing him to stay in the pocket and not create big plays with his legs. The offense will be too much for an LSU secondary that was pieced together this offseason.

I think this team is flying under the radar right now, with all that returning production they could be the second best team in the SEC West. Combining Mike Leach’s offense in it’s third year with an SEC defense it’s a recipe for success. The Bulldogs leave Louisiana with a win on Saturday night.