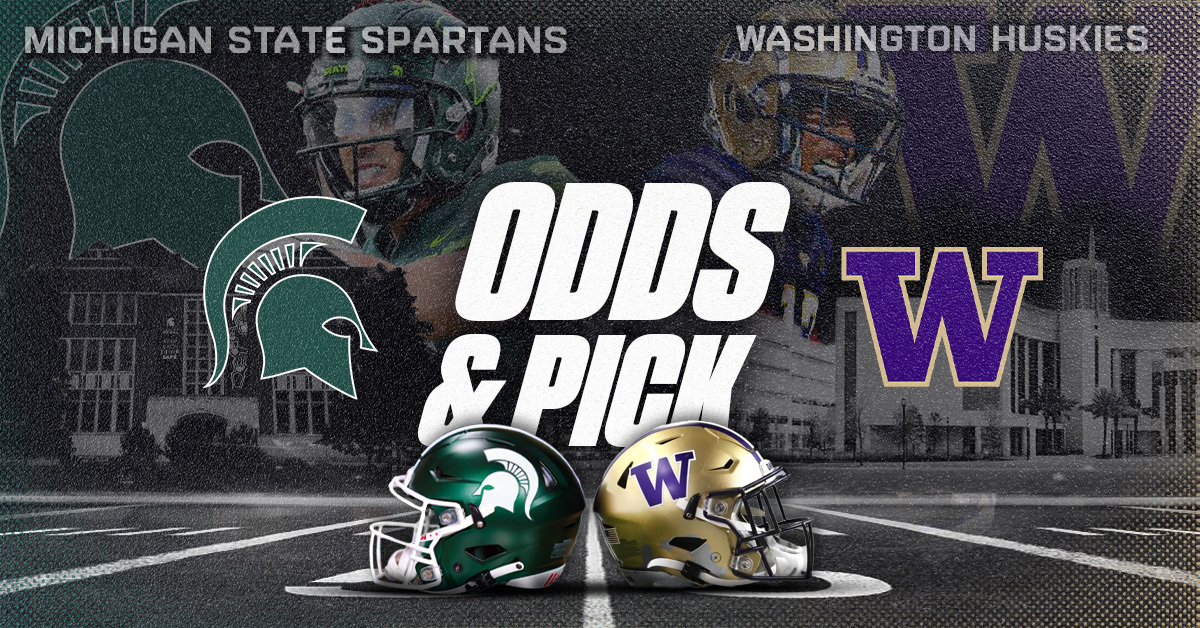 Michigan State and Washington are both off to great starts winning two games a piece. However, this is a big step-up in competition for both teams as the Spartans come into Husky Stadium as 3.0-point road underdogs in the Michigan State vs Washington odds. The game is set for 7:30 PM EST on Saturday, September 17th, 2022.

Let’s take a look at the Michigan State vs Washington odds from BetMGM, as we break down our best College Football betting pick.

Use the BetMGM bonus code ‘OWNERSBOX’ to claim a $1,000 risk-free bet for Michigan State vs Washington on Saturday afternoon!

Amongst Michigan sports betting promo codes, BetMGM offers a great first-time offer. Bettors are looking at a 56.5-point total in the Michigan State vs Washington odds.

Payton Thorne has put up solid numbers in his first two starts this season. However, both games have been absolute cupcake games. He posted 445 passing yards, four touchdowns, three interceptions, and a 57 percent completion rate in the first two weeks.

Well, one of those games was against Akron, which boasts the fourth worst defensive grade on PFF. In a 52-0 win, Thorne didn’t even manage to throw a single touchdown.

Highest-graded defender in the Power Five:

Michigan State’s defense has been stellar, especially their secondary. PFF ranks them 10th in coverage, and they’ve allowed just 387 yards through the air and no touchdowns. One thing to note as well, Big10 schools have struggled early on in their non-conference schedule when they have to travel far.

Payton Thorne’s throwing ability is one of the main reasons the Huskies line has moved from -1 to -3 in the Michigan State vs Washington odds.

Michael Penix Jr. transferred from Indiana to Washington this offseason and has been terrific since. He’s thrown for 682 yards, six touchdowns, and just one interception. However, he finds himself in the same boat as Thorne.

Washington has played Kent State, which has the 13th worst ranked defense, and Portland State. This Michigan State defense will be a much tougher test for Penix, as he struggled against Big Ten defenses last year.

Washington’s defense has been solid as well. The Huskies have the seventh-best pass defense, allowing just 121.5 yards through the air per game.

Both these teams are 2-0 ATS to start the season. Washington is 2-0 to the over, while Sparty are 2-0 to the under. Considering neither QB has played a real defense yet, I think the under is the right play in the Michigan State vs Washington odds at 56.5.

However, my trusted CFB models have MSU not only covering, but winning:

Vegas continues to undervalue MSU relative to models. A gap worth monitoring.

Both defenses have performed well thus far, and it’ll be a huge step up in competition for both Penix and Thorne.

Michigan State will rely on their run game, considering how successful it was last week. Meanwhile, Michigan State’s defensive line will be able to disrupt Michael Penix Jr’s flow as they lead the NCAA in sacks through two games with 12.