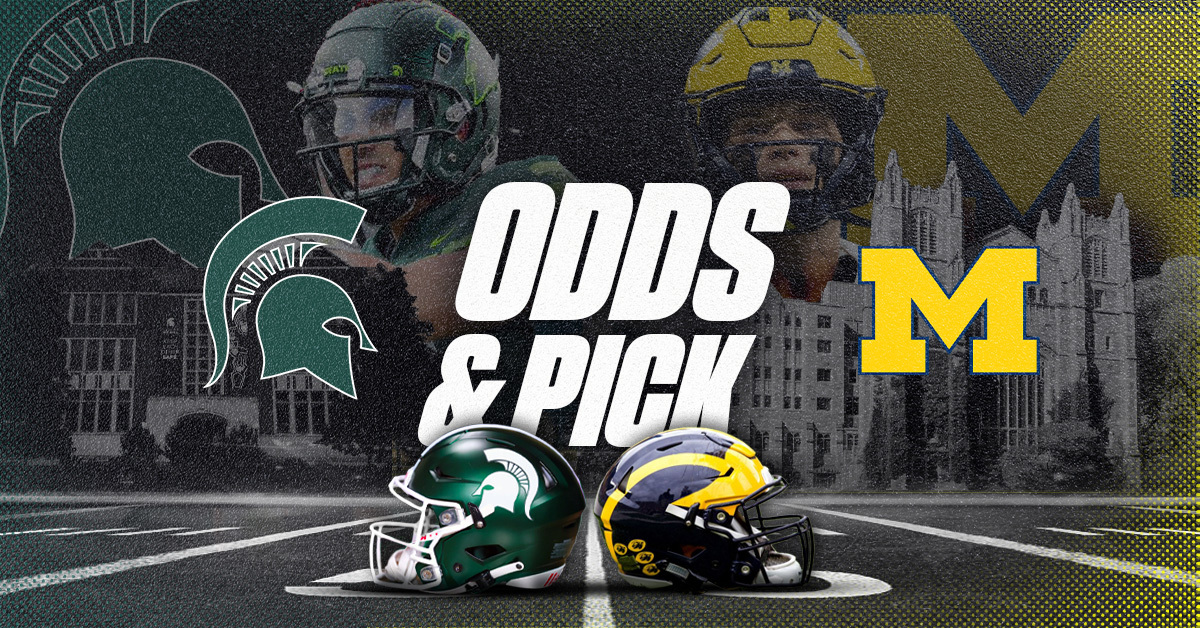 Week nine of the college football season is here, and we have a big rivalry matchup between Michigan and Michigan State on Saturday. The unranked Spartans are 3-4 on the season and 3-4 against the spread, while Michigan has done a number on teams shooting up to #4 in the ranks at 7-0 and 4-3 ATS. This game is being played at Michigan Stadium at 7:30PM EST and will be broadcasted on ABC. We’ll take a look at the Michigan State vs Michigan odds to see who has the upper hand.

Michigan State has gone the opposite direction of their in state foes with a disappointing season to date, but a rivalry game always means more, and teams like the Spartans can be dangerous when the only thing they have to play for is ruining their biggest rivals season. Payton Thorne has thrown for 136-208, 1499 YDS, 11 TD, 7 INT this season, and Keon Coleman is leading their receiving corps with 5 touchdowns. The Spartans offense averages a decent 27 ppg and almost 350 yards, with 106.4 of those coming in the ground game and 243 coming through the air. The Spartans throw the ball only 55% of their time, but when they do its to the tune of the 23rd best efficiency in the country.

On the defensive side of the ball, the Spartans have the 62nd ranked scoring defense in the country. This unit is giving up 422.3 yards per game and 5.7 yards per play. When going against Michigan, we have to look at how they will stop the run, and they’ve done an OK job at it. They are giving up 4.0 yards per rush and 153 yards on the ground. The defense is horrible against the pass, and rank outside the top 100 in the major pass defense categories.

This Michigan team is an absolute wagon, a return to the BIG-10 Championship game is on the table. The beatdown they put on Penn State earlier this month, proves to the country that this team can be just as good as last years college football playoff team. The offense is the 5th ranked scoring offense in the nation lead by JJ McCarthy and Blake Corum. Michigan runs the ball the 12th most, and has the 6th ranked yards per rush. As well as they run the ball, they are way more efficient moving the ball through the air.  They are averaging 8.7 yards per pass and have the best completing percentage in the nation at 73.66%.

If you thought the offense was impressive, the defense is just as good, if not better. They are the third ranked scoring defense (did have a soft non conference schedule) and are the second best unit in the country in opponents yards per play. They are giving up only 2.9 yards/rush (4th) and 5.2 yards/pass (2nd). It should be interesting to see how Michigan State is going to move the ball against this team. 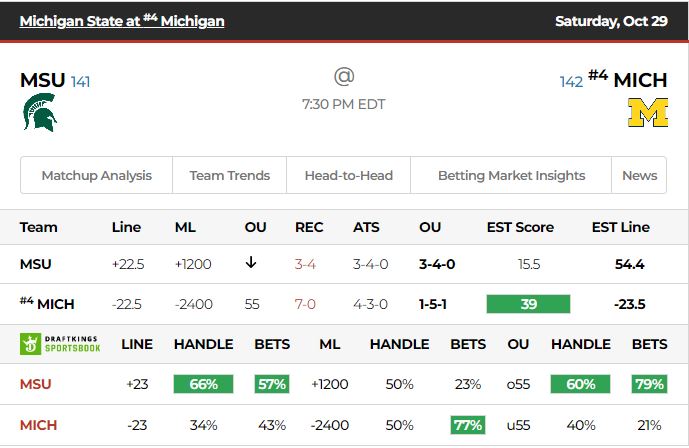