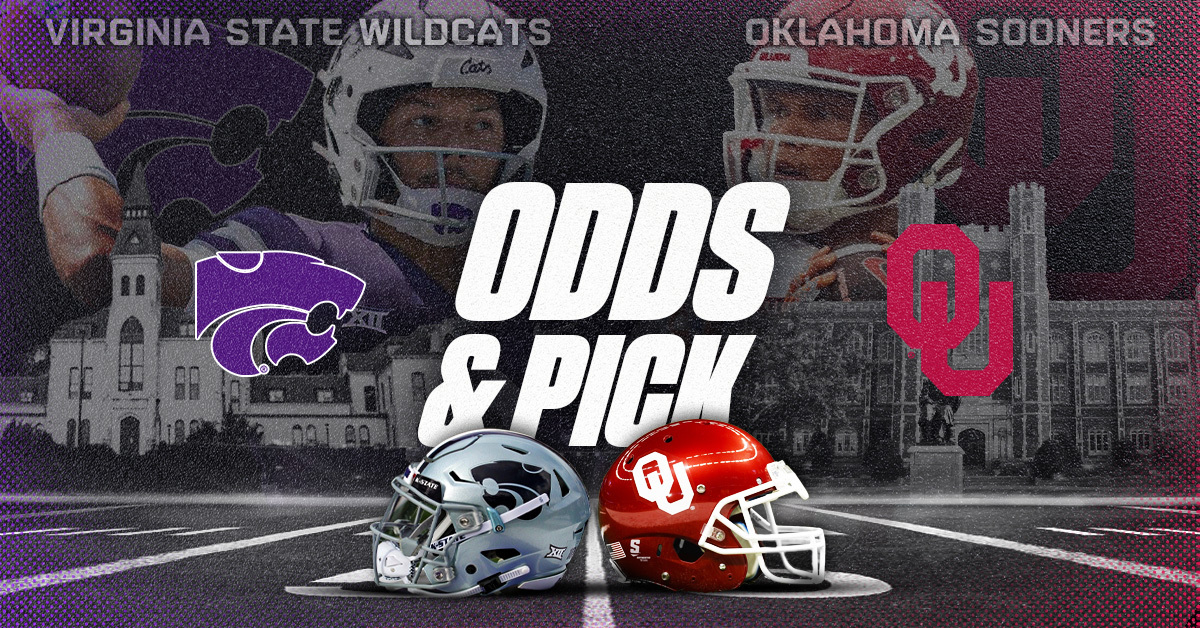 The BIG12 conference schedule kicks into high gear in week 4 of the college football season. With four inter-conference matchups set to go throughout the weekend. We’ll take a look at the Kansas State vs Oklahoma odds in the night cap at 8:00pm EST on FOX.

Brent Venables’ team will get it’s first real test of the season after dismantling Nebraska last week. The offense still looks dynamic with transfer QB Dillon Gabriel at the helm. Meanwhile the Wildcats are coming off a inexplicable loss to Tulane at home in week 3. Was Kansas State caught looking ahead to this week 4 matchup with the Sooners?

Kansas sports betting markets list the Wildcats as two touchdown underdogs on the road in Norman. It’s their first time as underdogs this season. Since Chris Klieman took over as head coach in 2019, Kansas State is 11-8 against the spread as an underdog.

To start betting on sports like college football and the NFL in the state of Kansas, claim the BetMGM Kansas bonus code! New depositors will receive a $1,000 risk-free bet on their first sports betting wager.

Despite putting up 40 points against Missouri in week 2, this Wildcats offense is still looking for answers. They’ve looked really one dimensional so far, running the ball on 62.5% of plays and attempting just 25.5 passes per game. As a result, Adrian Martinez is averaging just 101.3 yards per game as well as just 1 total passing touchdown. This team has no interest in pushing the ball downfield, Martinez ranks 157th in average throw depth.

This is a methodical offense, – 107th in seconds per play – focused on putting the ball on the ground with Deuce Vaughn. Vaughn is averaging 20.7 rushing attempts per game and as a team they’re averaging 5.0 yards per carry. The problem is that in the three games against Oklahoma since Klieman took over the Wildcats are averaging just 3.8 YPA on 32.6 carries per game.

The defense is what will make or break this game for Kansas State. They’ve been up to the test so far, the secondary has 7 interceptions already and the front 4 has been able to pressure opposing QB’s at a 30.9% rate. They haven’t been tested to this degree yet in 2022, Saturday will make for a great measuring stick.

The BIG12 Championship odds didn’t even feature the Sooners as the favorite by the time training camp opened. But they’ve looked the part of conference favorite with new head coach Brent Venables. It’s hard to judge exactly where this team is at with wins over UTEP, Kent State and Nebraska to start the year.

With new offensive coordinator Jeff Lebby reuniting with former UCF quarterback DIllon Gabriel this is an offense that isn’t afraid to chase big plays. The Sooners are averaging 9.6 yards in target depth but are still completing 68% of passes. It’s a balanced offense though, running the ball on 59.2% of plays. Senior running back Eric Gray has been dynamite on the ground, averaging 7.7 yards per rush.

Venables is a defensive specialist, we know that from his time at Clemson as the defensive coordinator. It’s also a group with quite a bit of returning production from 2021. Last season they ranked 16th against the run, allowing just 2.8 opponent yards per carry. It’s the secondary that struggled, but I’m not so sure the Wildcats will be able to take advantage of it.

Only put a small part of it in the game highlights, but the full thing is too good not to share

At this moment you just knew Oklahoma was going to put on a show #Sooners pic.twitter.com/Tbhip6Dbgu

There’s still a lot to figure out when it comes to this Oklahoma football team, especially with the offense. The offensive line has been able to keep the pocket clean for Dillon Gabriel so far but Kansas State has the talent to challenge their inexperienced front. Felix Anudike-Uzomah is picking up right where he left off in 2021, with 2.5 sacks already this season.

I think Kansas State’s offense is in trouble here, Skylar Thompson has been able to bail out their poor scheme in previous matchups against Oklahoma. It seems like this offense has been far too conservative with Martinez in fear of turning the ball over. But if things get out of hand they may be forced to finally airing it out.

The Wildcats have talked about wanting the play at a faster pace and have yet to do so, they won’t do that here against a far superior offensive attack. I think this game could start much like Oklahoma’s game against Kent State did a few weeks ago.