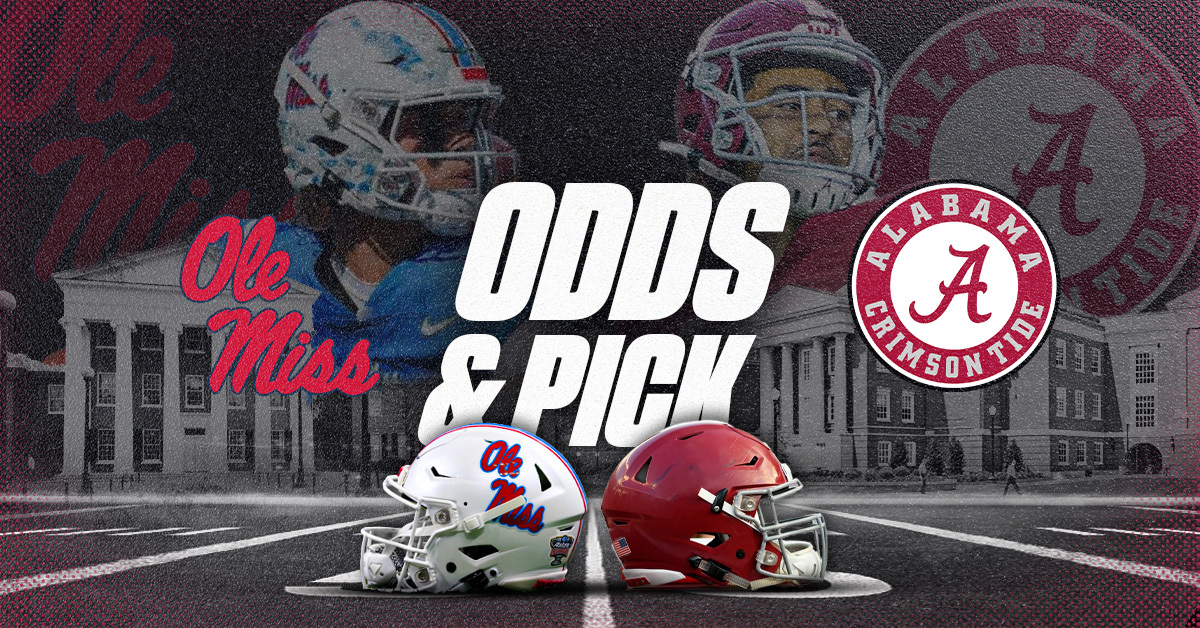 This SEC matchup might be one of the best games of the weekend. Alabama coming off a huge upset loss versus LSU and Ole Miss has put together one of their best resumes in recent years. If Ole Miss can pull out a victory at home on Saturday, then it will be hard to overlook them for a potential College Football Playoff spot moving into December.

Ole Miss has one loss on the season, coming at the hand of LSU, who also upset Alabama last week in Death Valley. This SEC matchup takes place on Saturday, the 12th, at 1:30pm EST.

Let’s take a look at the Alabama vs Ole Miss odds.

New York sports betting markets are certainly expecting the Tide to bounce back in yet another road environment. Alabama is 1-3 against the spread this season as a road favorite. The Rebels have yet to be a home underdog this season.

Click here to sign-up at BetMGM and receive a risk-free first bet up $1,000 with promo code ‘OWNERSBOX’.

Alabama has all the talent in the world, but they have seemed to drop off a cliff after last season’s loss to Georgia in the National Championship game. Their offense has not looked nearly as explosive, and their defense can’t seem to hold athletic offenses from moving down the field.

This is only the second time in a decade that Alabama has lost two games during the regular season. Both times they were held without a National Championship opportunity.

The last time Alabama lost three games in a regular season was in 2009 and it’s looking to be a possibility in 2022. Entering Saturday’s matchup versus an Ole Miss team who has a lot on the line, standing behind LSU in the SEC West standings. If LSU happens to slip up, Ole Miss may have an opportunity at a SEC title.

Alabama is averaging 41 points per game and only allowing 18 points per game on defense, but where they have been struggling is against athletic quarterbacks. Quarterbacks that bring the dual threat capability like we see with Jayden Daniels and Hendon Hooker.

The Crimson Tide look to bounce back against Jaxson Dart, quarterback of Ole Miss. Dart is a decent quarterback but is nowhere near the level of threat that Daniels or Hooker bring when it comes to running and passing.

The Rebels entered the 2022 season with the third best odds to win the SEC. USC transfer Jaxson Dart has filled Matt Corral’s shoes quite well for a transfer coming into a new school, throwing for 1911 yards and 14 touchdowns in his first nine games.

The one question I have regarding the Ole Miss quarterback involves his accuracy and ability to perform against good defenses, he has seven interceptions on the year. Five of the seven coming against SEC opponents. Even though his accuracy and decision-making scares me, he has shown that he has the ability to win these types of big games.

I expect this Ole Miss offense to lean on Quinshon Judkins, who has shown he can perform against some of the best defenses in the SEC. He has racked up over 100 yards rushing in four of the five conference games this season, averaging almost two rushing touchdowns per matchup. I look for Judkins to hold a heavy workload if Ole Miss wants any real shot of winning this game.

Ole Miss runs the ball on 58% of their plays on offense, a heavy workload for their backs regardless of the opponent. With this matchup being their toughest test yet, I look for the Rebels to attempt to open up their passing game once Alabama begins loading the box late in the 1st half.

This is by far the biggest matchup that Ole Miss faced in the 2022 season. With their entire season essentially on the line this week, they will look to exploit Alabama in any way that they can.  Ole Miss was also helped with a well-timed bye week, giving Lane Kiffin and their staff a full two weeks to prepare for this game vs Nick Saban and the Crimson Tide.

With all of that being said, I do not believe that Jaxson Dart has the quarterback abilities to beat this Alabama team if it comes down to it. I truly wish I could take Ole Miss in this spot, but I believe becoming one dimensional will prove to end their hopes at a SEC Championship and potential opportunity in the College Football Playoffs.

This is by far their biggest test yet and we have seen that the only way to beat Alabama is with a truly exceptional talent at quarterback, and Jaxson Dart is not to that level yet.