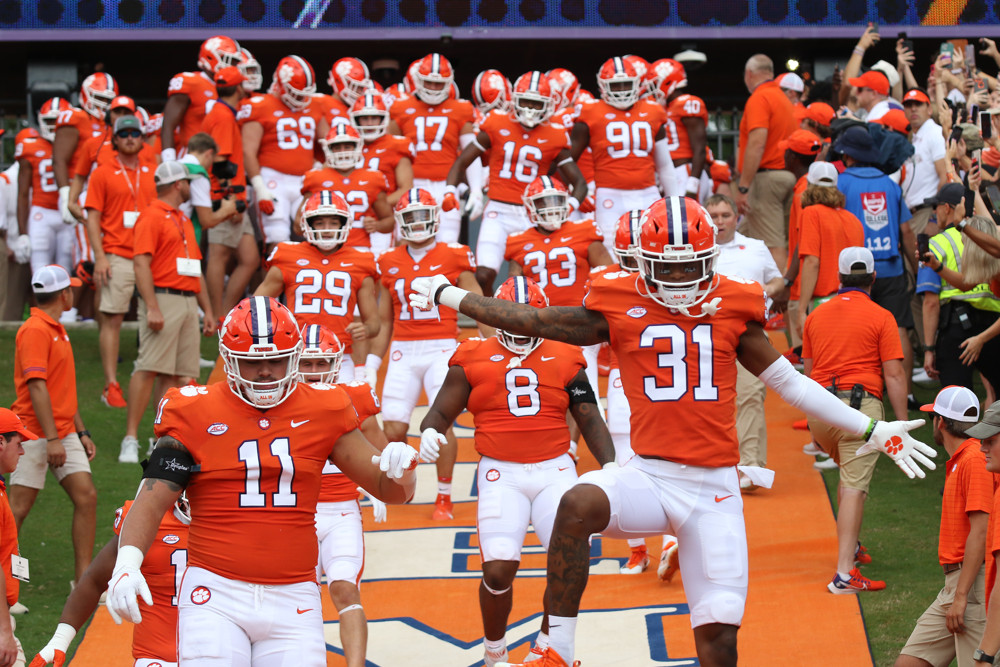 Clemson looks like the clear-cut frontrunner in the ACC Championship odds, and for good reason. With conference realignment coming in college football, and many conferences looking to poach ACC teams. This may be one of the last seasons with these exact 14 teams in the conference. But for now, everything remains the same.

The reigning ACC champion, Pittsburgh Panthers find themselves with the fourth best odds to repeat as ACC champions. The Panthers lost All-Americans Kenny Pickett and Jordan Addison in the offseason, but added former USC QB, Kedon Slovis and return six All-ACC players on defense. Before last season the current favorites to win the conference, Clemson Tigers, had won six straight ACC championships. The ACC might be the best QB conference in college football this season and have five quarterbacks who could all make an All-American team. Previously mentioned Kedon Slovis at Pitt, Malik Cunningham at Louisville, as well as DJ Uiagalelei from Clemson, who will look to bounce back from a disappointing season last year. Beyond them, Tyler Van Dyke at Miami has the eighth best odds to win the Heisman at +3500 on Caesar’s Sportsbook. Devin Leary from NC State is the preseason ACC player of the year and is someone people think could be selected in the first round of next year’s NFL draft.

One thing that stood out to me from these odds was how much Wake Forest has fallen since they announced that Sam Hartman would miss a significant portion of time this season. Hartman will be undergoing surgery for a non-football-related medical condition and coach Dave Clawson said he would be out indefinitely. Wake Forest’s win total was at about 8.5-9 wins just last week but has plummeted all the way to 7.0 since this announcement. Virginia sports betting is one of the few states that has legalized sports betting among schools in the ACC conference. Sports bettors can claim the best online sports betting promos and start betting on college sports in the ACC today.

Another darkhorse candidate in the ACC is the Louisville Cardinals. The Cardinals return fifth-year quarterback, Malik Cunningham who has over 8000 career passing yards at Louisville. They also have dangerous options on offense such as Tyler Hudson and Marshon Ford. Coach, Scott Satterfield hit the transfer portal hard in the offseason and has made the Cardinals into a very dangerous team in 2022.

Do you agree with these rankings? pic.twitter.com/rQMXFEClYC

For the first time since 2014 Clemson was not the ACC Champion. That title belonged to the Pittsburgh Panthers who beat Clemson 27-17 last year in Pittsburgh. This was a major disappointment for them as prior to last year they had made six straight playoff appearances. The main reason for that? Former 5-star top 10 recruit, DJ Uiagalelei who started all 13 games for Clemson, threw for 2,246 yards, 9 touchdowns, and 10 interceptions. He goes into next season heavily scrutinized, but those around the Clemson program still have faith in him and he will be Clemson’s week one starter this season. However, true freshman 5-star quarterback, Cade Klbunik is breathing down his neck and could take over the job if DJ plays poorly. Whoever ends up starting has plenty of talented options at receiver and second-year running back, Will Shipley should take a big step forward.

Their defense on the other hand is completely loaded and almost guaranteed to be a top-3 defense in CFB come next season. It all starts on the D-line led by Bryan Breese and Myles Murphy who are both on the preseason All-ACC first-team. Bryan Breese is a special talent at DT and has a chance to go in the top ten of next year’s draft. They have another All-ACC and projected first-round pick in linebacker, Trenton Simpson. Their secondary should also be much improved from last season.

The major question surrounding this team entering 2021 is how they will replace their two coordinators. Offensive coordinator Tony Elliott left in the offseason to be the head coach at Virginia, and longtime defensive coordinator, Brent Venables is now with the Oklahoma Sooners. They promoted from within in the offseason and former QBs coach, Brandon Streeter has taken over as the OC. The defensive staff looks a little different with two new co-defensive coordinators, Wes Goodwin former defensive assistant, and Mickey Conn former safeties coach. On the backs of their stout defense the Tigers are favorites to win the ACC at -140 odds and they currently sit at +150 to make the college football playoff.

The Miami Hurricanes were picked as the preseason choice to win the Coastal division and contend for an ACC championship. They brought in hometown hero Mario Cristobal from Oregon, and the buzz around the program immediately picked up. Cristobal is inheriting a very mediocre defense from last season but brought in many talented transfers in the offseason, especially on the defensive line. One of Cristobal’s first moves after being named head coach was to go out and poach Michigan’s offensive coordinator and Broyles award winner, Josh Gattis.

Gattis is being handed a gift at quarterback with returning junior, Tyler Van Dyke. Van Dyke has been getting hyped all off-season and his Heisman odds have plummeted down to +3500 at Caesar’s Sportsbook which is the eighth best. Van Dyke took over Miami’s offense around midseason last year and in games he started Miami went 5-2 averaging 36.7 PPG. In those 7 games, he had 2458 passing yards to go along with 21 touchdowns and 6 interceptions. In the first five games before he was Miami’s starting QB they went 2-3 and were only averaging 18.3 PPG.

Speaking of great quarterbacks, NC State may have the best one with ACC preseason player of the year, Devin Leary. Leary last season threw for 3433 yards, 35 touchdowns, and 5 interceptions. Head coach, Dave Doeren has been as consistent as it gets at NC State winning at least eight games in four of the last five seasons and going 9-3 last year. However, the hardest thing to do in college football is taking that leap from being good to being great, and that is exactly what NC State is looking to do this season. They are returning the most starters in the conference with seven on offense and ten on defense. Their defense only allowed 19.7 PPG last season and with All-ACC linebackers Drake Thomas and Payton Wilson returning from injury they should be able to provide some stability on that side of the ball.

UNC was one of the most-hyped teams in the country entering 2021 and was ranked in the top ten in the preseason. Although, they had a very disappointing season and ended up finishing 6-7 there is a lot there to be hopeful for next season. Mack Brown is one of the best head coaches in college football and has brought in three straight top 15 recruiting classes, with at least one five-star in each. Brown brought in defensive coordinator, Gene Chizik, in the offseason and he should provide a stabilizing force for this defense.

The offense is in the midst of a QB battle, following the departure of NFL quarterback, Sam Howell. Talented redshirt freshman and former top 50 recruit Drake Maye is battling with a former 4-star dual-threat quarterback, Jacolby Criswell. Whoever wins the battle will have one of the nation’s top receivers at their disposal in Josh Downs. Downs had 101 receptions for 1335 yards and 8 touchdowns. He is considered by most a top-5 receiver in next year’s class and could potentially go top 20 in the draft.

The defense was disappointing last season but returns former top-100 recruits, Myles Murphy, Desmond Evan, Cedric Gray, Tony Grimes, and Storm Duck. Their schedule for 2022 sets up very nicely for them to get over 7.5 wins. They are in the easier division of the ACC (Coastal) and have out-of-conference games against Florida A&M, Appalachian State, and Georgia State.

At first glance, this looks like a very high number for a team that lost two first-team All-Americans in the offseason. Kenny Pickett who was a Heisman finalist left for the NFL draft and was selected in the first round. While Bilitnekoff winning WR, Jordan Addison, transferred to the USC Trojans of the Pac-12 in the offseason. They also brought in USC transfer quarterback, Kedon Slovis, in the offseason. Slovis is one of the most overlooked QBs in college football, and in his freshman season at USC put up 3,502 yards, 30 touchdowns, and only 9 interceptions while breaking the NCAA freshman record with a 71.8% completion percentage.

In 2021, Pitt’s defense ranked seventh in sack rate and was a top 30 defense overall. They return six All-ACC defensive starters and are led by preseason All-American, Calijah Kancey. Head coach, Pat Narduzzi, has shown he is someone who can overachieve wherever he is, and with the Panther’s schedule in 2022 I predict him to do it again. They avoid the five hardest cross-division games in the ACC and will get to play Louisville and Syracuse who have the two lowest projected win totals in that division. They also have some cupcakes in the out-of-conference schedule with Western Michigan and Rhode Island. In a poor ACC conference, I predict this team to go over 8.5 wins and potentially even reach double-digits.